We already knew the Realme U1 was going to launch in a week, precisely on November 28th, but that didn’t seem to stop the hype train from leaking the first Helio P70 powered phone into the wild before that day.

A photo published by 91mobiles does indeed portray the handset in the hands of Realme’s CEO – Madhav Sheth. He appears to take a selfie with it at an event in India where the company won some awards for being the “Most Disruptive Brand of the Year” and the “Best Smartphone of the Year under INR20,000” (the Realme 2 Pro).

Since the smartphone in the image did look a lot like the Realme 2 Pro, at least on the back, we did not know it actually was the U1 until the CEO posted the image below on Twitter. 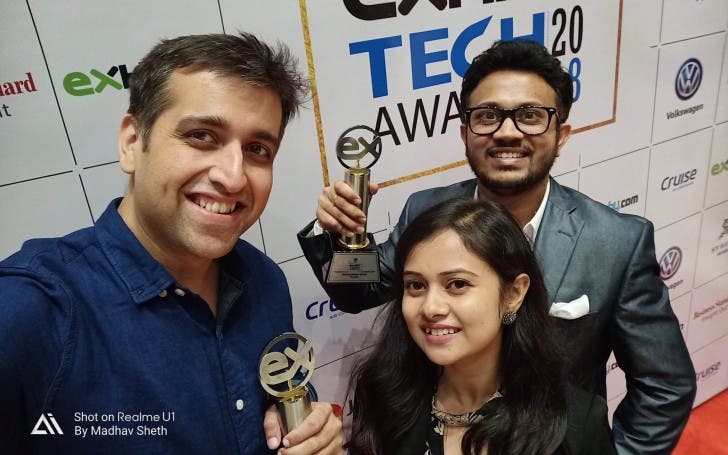 As you can see, the watermark in the bottom left corner gives it away: Shot on Realme U1.

The Realme U1 coming next week is expected to be India’s Selfie Pro camera phone, at least according to the hashtag the company is tweeting with #IndiasSelfiePro and the camera it’s rumored to pack – the same 25MP snapper from Oppo flagship phones.

Who’s looking forward to this device? Let us know down below!