While most phones are still running on Android 8 Oreo and only the newest ones are coming out with Android 9 Pie out of the box or getting updated to it, Google might already be working on the next build of the OS – Android Q.

The news – if we can call it that – comes straight from the benchmark site GeekBench where what would appear to be an ordinary Google Pixel 3 XL just popped up online. What’s not too ordinary though, is the operating system it comes with – Android Q.

Now, it’s really too early to believe this is an actual Android Q build, but everything is possible and Google might be trying to raise the bar higher for other phone manufacturers. Pushing them to update their devices as quickly as possible, if they don’t want to their customers to complain for being left back. 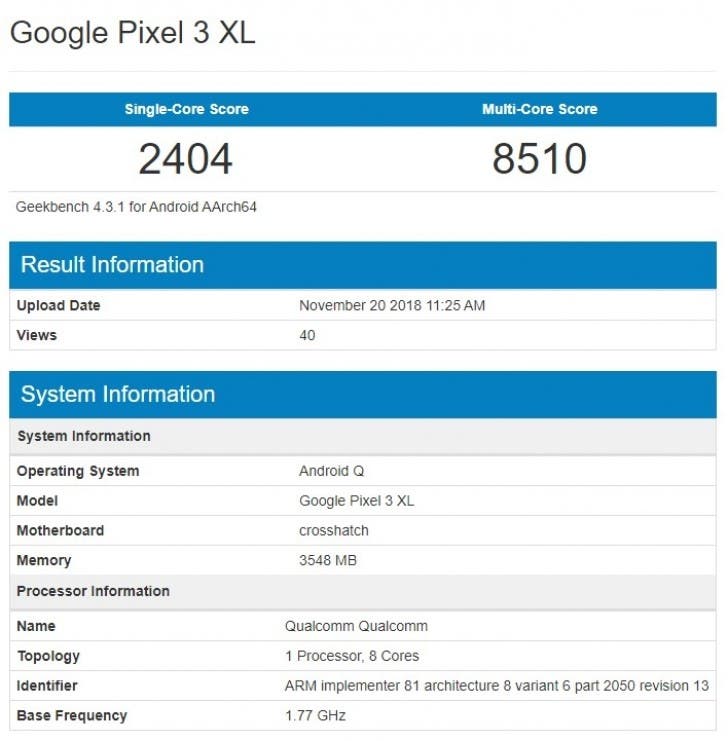 Of course, this may also be some user playing with the OS name by changing a line in the build. So, until Google confirms they’re already trying the next Android Q on their Pixel 3 XL, let’s take this leak with a grain of salt.

What do you guys think? Is it possible Google is already testing out devices with the new OS? Let us know down below!