After going through a complicated period in the past, Xiaomi seems to have completely recovered. The confirmation that everything goes well comes from IDC, according to which the Chinese manufacturer has gained the fourth position in the ranking of smartphone manufacturers, surpassing OPPO in Q3 2018.

At the launch of Xiaomi Mi MIX 3, The company had announced the arrival of a 5G version expected on the first quarter of 2019. It seems that the development is already well underway, as evidenced by an image posted by Lei Jun, CEO and co-founder of Xiaomi, on Weibo, the well-known Chinese social network. 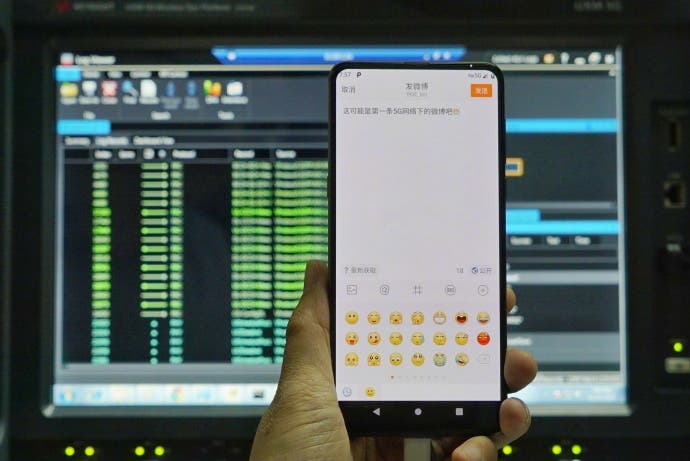 In the upper right corner you can see the 5G logo, which suggests that the smartphone is actually connected to the new generation network and that Xiaomi can present the new variant, which should not have other differences compared to the 4G version, already at CES 2019 or at the latest at MWC 2019.

Xiaomi has shipped over 34 million smartphones with a 21.2% increase compared to the same period last year (Q3) and almost 10% of the market share. Although losing 13.4% over last year, Samsung remains the leader with 72 million smartphones, followed by Huawei with 52 million and Apple with 47 million units.

For Huawei, growth was really important, with a positive sign of 32.9% compared to last year, which allowed it to exceed Apple, which grew only 0.5% in the same period.