The era of foldable smartphones is nearing the shores. While Samsung already teased its upcoming Galaxy F smartphone, other companies such as Huawei and LG should reveal their new contenders early in 2019. The latter registered some trademarks recently, pointing to the names of future foldable smartphones. Today a new patent popped-out revealing some tidbits of the phone’s future design. 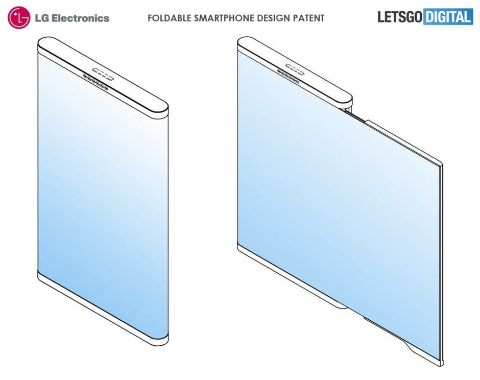 In the patent in question, LG describes a flexible display that wraps around the frame entirely. This means that, when folded, the device can be used just like a traditional smartphone that boasts a Samsung-esque curved display. The rear folded portion of the display is automatically turned off in this position. Talking about the rear, the patent shows that a portion of the display is especially attached magnetically to the device’s body. This will allow the users to easily unfold the smartphone and get a Tablet-like experience.

Foldable smartphones are yet to be released, so at the moment we don’t know how the market will react to it. It remains to be seen if users will be interested in these new devices, but considering the initial price and availability, we suppose that, at least for now, only a specific niche will be looking into foldable smartphones. Of course, companies like LG, Huawei, and Samsung will start to tease the benefits of devices of this kind pretty soon. 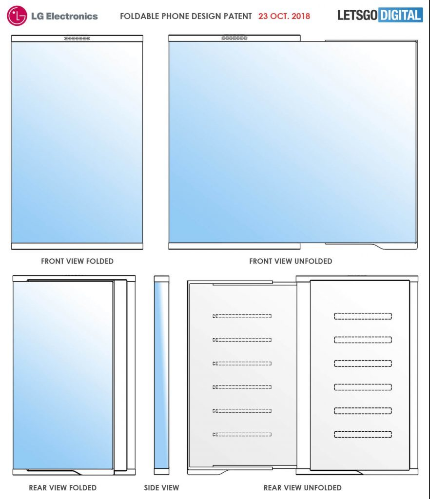 According to Evan Blass, LG will introduce its first foldable smartphone during the CES 2019. Considering the recently registered trademarks, we would bet that this smartphone will be released as a reborn foldable version of the “LG G Flex.”

Next HMD Global is rolling out Android Pie to the Nokia 7.1