Earlier on this month, we got a glimpse of what to expect from Samsung’s foldable smartphone. The device in question is being called Galaxy F, but its name can be changed until the release. Despite the rumors of others companies releasing a foldable smartphone in next year, the South-Korean manufacturer wants to take the lead of this segment. Today, a new patent from Samsung popped out, hinting quite strongly what to expect from the upcoming handset.

The smartphone in this patent utilizes two edge-to-edge displays placed next to each other rather than a single larger bendable-display. When it comes to the functionality, the smartphone described in this document seems to work just like the upcoming Galaxy F. 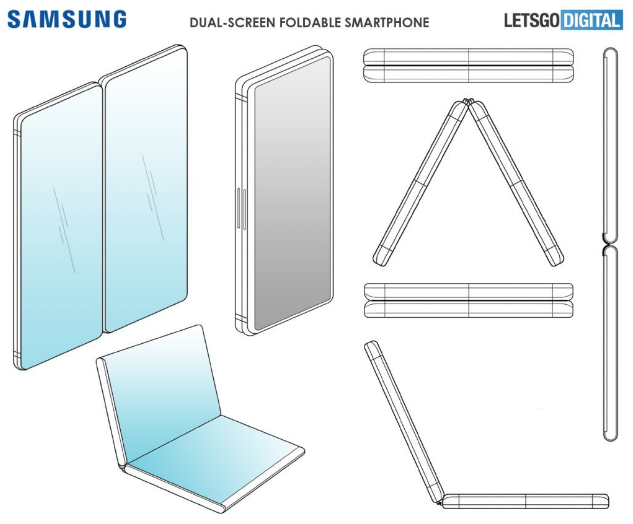 Apparently, Samsung will make use of its One UI system overlay to keep relevant data towards the left side of the display, while the right side will be free for use. Furthermore, the display also shows a rear-mounted display that can be activated when the device is folded. The content will automatically be adjusted to fit in a larger-tablet display or in the smartphone mode.

The patent doesn’t reveal details about the cameras, but the foldable device indeed has two rear sensors a separated one that will be used for selfies. Surprisingly, it also boasts 3.5mm headphone jack support.

Next Samsung Galaxy A8S might say goodbye to the 3.5mm headphone jack