Yesterday, we reported that Nubia won’t be releasing any more updates for its last year flagship, Nubia Z17. This is a very terrible situation for its users because a one-year-old flagship deserves a top user experience. Unlike Nubia, Xiaomi is not giving up on its devices. Both old and new devices get major/minor updates for a better user experience. Today, MIUI officially announced that the Xiaomi Mi MIX 3 is currently receiving an update (version number is MIUI 10.0.12.0) which weighs about 2.1GB. This update basically fixes the slider settings, slider sound effects and it also takes care of some bugs. 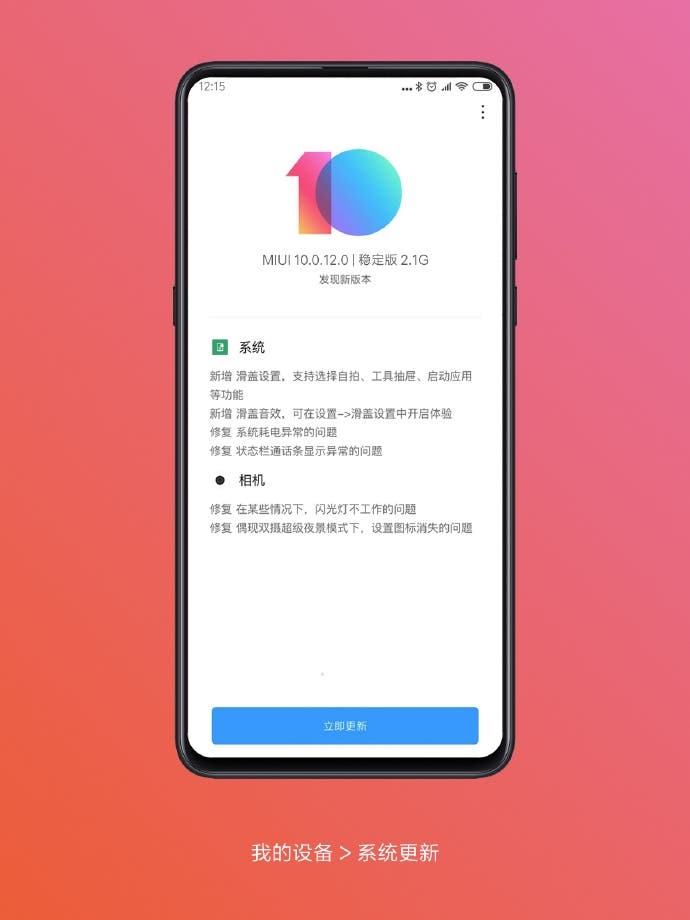 This update adds slide setting support for self-timer, tool drawer, launch application, and other functions. It also adds five more 5 types of sliding screen sound effects. After getting the update, these new features can be accessed in settings – slide settings.

In addition, the update also fixes an issue with system power consumption anomalies the status bar anomaly during a call. Furthermore, it takes care of the intermittent problems with the flash and some salient glitches related to dual-shot super night scene mode.