Last year’s Honor View 10  could be getting a sequel soon, and following Honor’s naming pattern the next flagship device from the Huawei’s sister brand could be named the Honor View 20. While there are already not a handful of info about the device, the brand itself a few hours back released a teaser image scheduling a launch event for early January, hinting at the imminent launch of the Honor View 20. 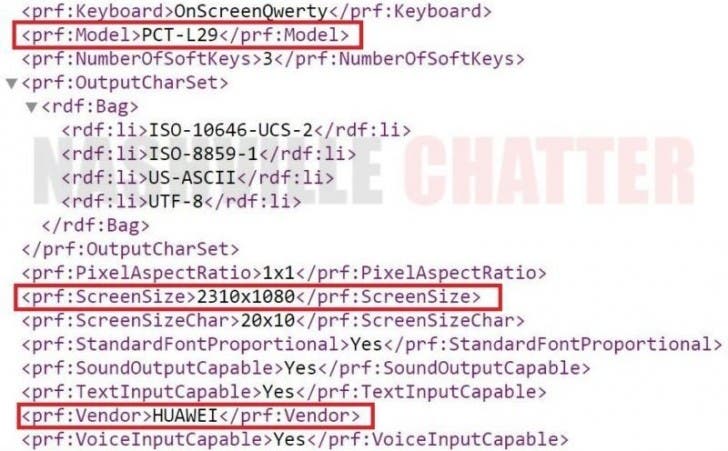 Well, it appears the rumor and leak are just picking up information about the upcoming Honor View 20, as more information regarding the device has now been revealed.

So, what is the latest revelation about the smartphone? A user agent profile posted on the firm’s website has weirdly revealed some subtle details about an Honor phone with the PCT model number code.

Although the display size hasn’t been revealed, the leaked profile suggests the Honor View 20 will come with a 2310×1080 screen resolution, and it will run Android 9 Pie with EMUI 9 on top.

And been a flagship-grade device, the upcoming View 20 is expected to be powered by the recently announced homemade Kirin 980 flagship chipset which already debuted with a few devices including the Mate 20 Pro and the Honor Magic 2 slider.

And while the device might retain the same design aesthetics of most Honor smartphones of 2018, with a gradient on the back, the launch teaser released earlier suggest it could be embracing the newest trend which is been pioneered by its parent company and Samsung mobile – the infinity O like display.