Qualcomm presented its newest chips for 2019 at this year’s Snapdragon Summit this week, and even shortly after announcing the powerful Snapdragon 855 and its first official solutions to the 5G network in smartphones, it seems that the largest mobile chip maker is already preparing for more soon.

According to the newest record, Qualcomm appears to be working on a high-performance processor codenamed SM6150 for more powerful mid-range smartphones.

The tested device appears running Android 9 Pie, the latest version of Google’s operating system, in addition to a set of 6GB of RAM, while there is no information about the amount of internal storage. 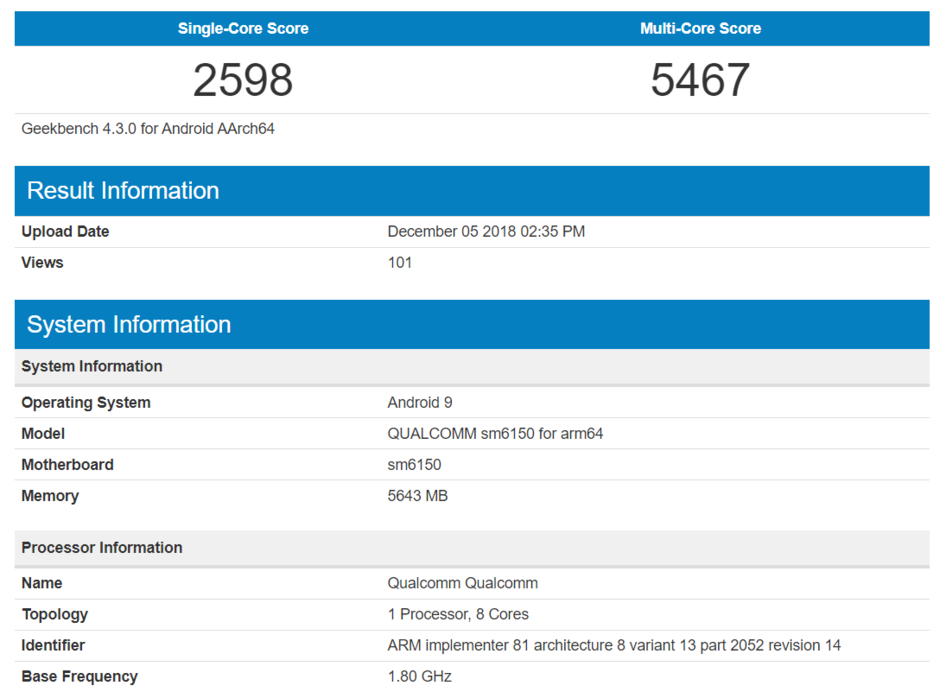 The Geekbench record reveals a single-core score of 2598, while the multi-core score reaches 5467 points. The single core test is very close to the results of Snapdragon 845 announced in 2017 and used on a large scale this year, while there is a big difference in multi-core score between the 5.4 thousand points of the new SM6150 against more than 8.5 thousand of the SD 845.

In any case, The new Snapdragon chip (codenamed sm6150) is expected to be presented perhaps at MWC 2019 in February where it could debut inside some devices. Allegedly, Samsung will once again be in charge of manufacturing this chip and will build it on the 7-nanometer process, just like the SD 675.