All we know the VIVO NEX Dual-Screen Version will be launched in a few days on December 11. Moreover, we have seen so many leaked photos and videos that seems this handset is already out. But as it hasn’t happened yet, we will be getting new information about it every day. 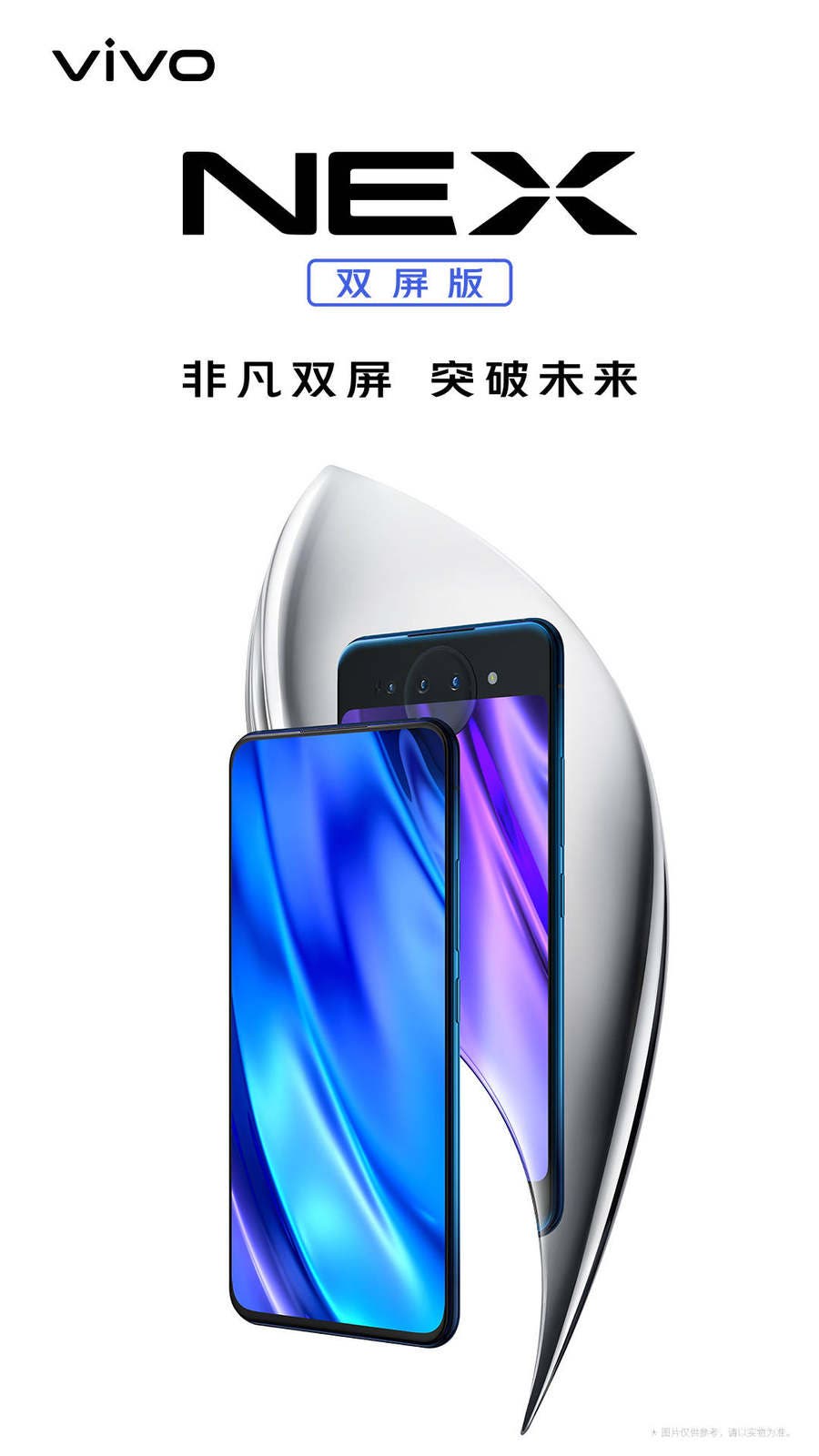 Say, today, the company announced the VIVO NEX 2 will have up to 6 black technologies. According to the official statement, those 6 technologies include the intelligent starlight, suspended particles in photos, super-engine triple-camera, glove mode support for gaming, dual-brain robots, and 3D beauty face-lifting devices. Of course, seems we will deal with something unearthly. But it’s not difficult to guess what these black technologies specifically refers to – the star-ring flash, rear triple-camera, 3D beauty, liquid cooling, etc.

The VIVO NEX Dual-Screen Version will also be equipped with a rear three-camera module. This is the first triple-camera flagship of the company. Of course, it will support screen fingerprint recognition. Thus, this is also the first dual-screen smartphone supporting this feature.

In terms of the core configuration, our protagonist will be equipped with the Qualcomm Snapdragon 845 processor. At the same time, it is possible to carry the Dual-Turbo acceleration engine developed by VIVO itself. Unfortunately, it won’t sport the Snapdragon 855.

Next Qualcomm Snapdragon SM6150 gets benchmarked with octa-core setup