The second generation Vivo NEX which first appeared in a leaked render a few days back is shaping out to be real as more detail continue to pop up. While it was earlier believed to be named the Vivo NEX 2, a fresh report from China has just revealed what could be the most important news to us right now about the device. 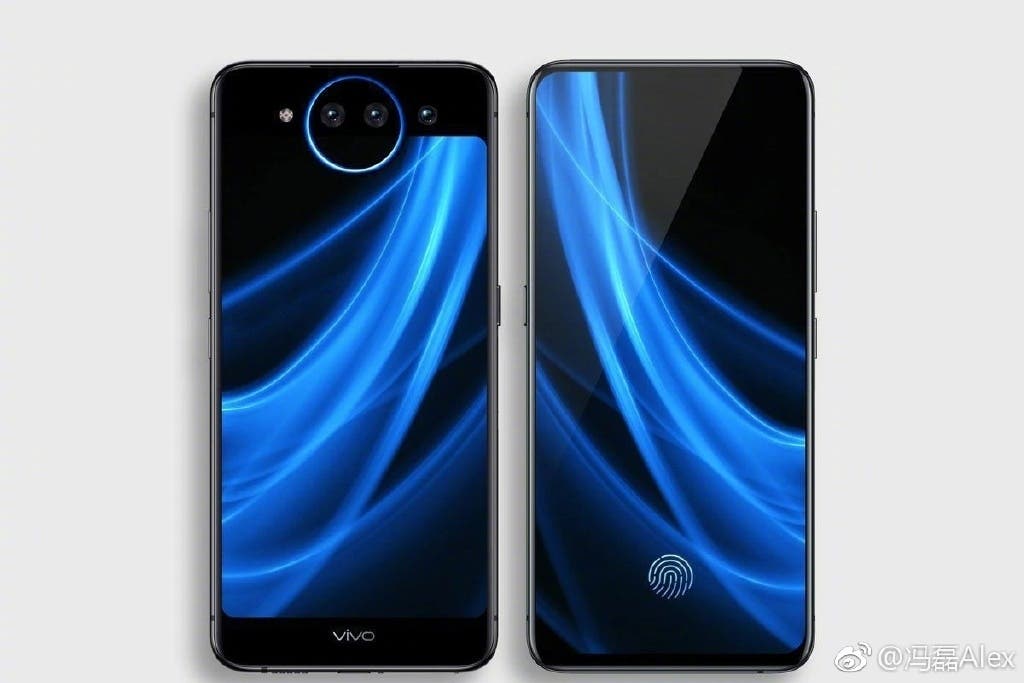 As per the latest teaser on the company’s Weibo page, the upcoming VIVO phone could launch as the Vivo NEX Dual screen version, and not the Vivo NEX 2 as we were made to believe initially. And similar to the first generation Vivo NEX with a pop-up selfie camera, the VIVO NEX dual-screen version will rely on a secondary rear display to achieve a maximum screen-to-body ratio of the front display, doing away with the need for an actual selfie cam or even the dreaded display notch. Just hold the phone, flip over to the other side and use the second screen if you want to take a selfie or place a video call.

And speaking of the camera, renders of the supposed Vivo NEX Dual screen version reveal it will come fitted with an RGB LED “Lunar Ring” encircling a triple-rear camera setup. Another highlight of the device is the fingerprint sensor, and as you can see from the renders, there isn’t much bezel on the flip side to house the fingerprint sensor, so Vivo is resorting to the on-screen solution for the fingerprint scanner.

We don’t yet know the exact camera details, neither do we have a hint on when the Vivo might launch the device, but we do know it could arrive soon,just how soon we can not tell.

Next McLaren Custom Edition 6T to arrive on December 14th