Yesterday, Honor announced that it will hold the ‘SEE THE UNSEEN’ new smartphone launch conference in Paris, France on January 22. Judging from the information revealed on the poster, this is going to be the company’s first Infinity-O display handset with a camera hole on the upper left corner. Many believe this is the upcoming and much-rumored Honor V20. 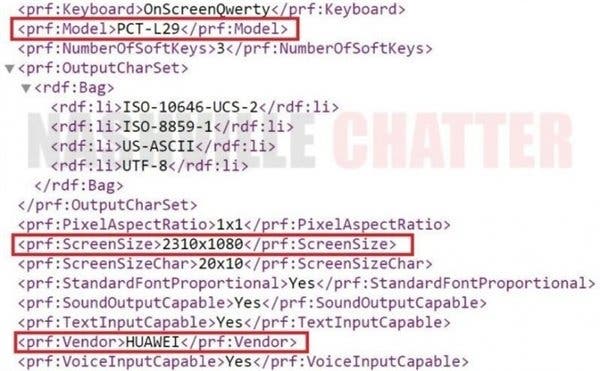 XDA has exposed a configuration information that is believed to concern the Honor V20. From the leaked configuration, we can take a few features that are more interesting to us. The handset with a model number of PCT-L29 is equipped with a screen, which has a resolution of 2310×1080 pixels. It runs on EMUI 9 based on Android 9 Pie. Moreover, the company has also announced this device will be packed with the latest chip of Huawei, the Kirin 980.

However, at present, the biggest highlight of the Honor V20 is the on-screen camera design. After all, there is still no smartphone with this design on the market. But as you know, many companies have already prepared identical models. As for Huawei, the upcoming Nova 4 will sport a similar design. Apart of this, the Honor V20 is likely to adopt the three-camera design. But we still have no confirmation of this, therefore, we don’t know the parameters of the sensors.

At last, there has been a mysterious Honor phone passed the TENAA certification. We believe it’s the same Honor V20. Moreover, Zhao Ming has confirmed the Honor V20 and the Honor 11 will be uncovered next year. So there is no reason to doubt the leaked information doesn’t belong to the V20.