The first beta version of Magic UI 4.0 for Honor 20 series smartphones, as well as Honor V20, was released in early December. Now, just over a month later, Honor has announced the release of a stable beta version for Honor 20, Honor 20 Pro, Honor V20 and Honor Magic 2. Users will be able to install the firmware using the proprietary Honor Club mobile application.

Magic UI 4.0 is, in fact, the same EMUI 11 with all its innovations. While the stable beta version of Magic UI 4.0 has been released in China, it should soon be available to users in other countries. 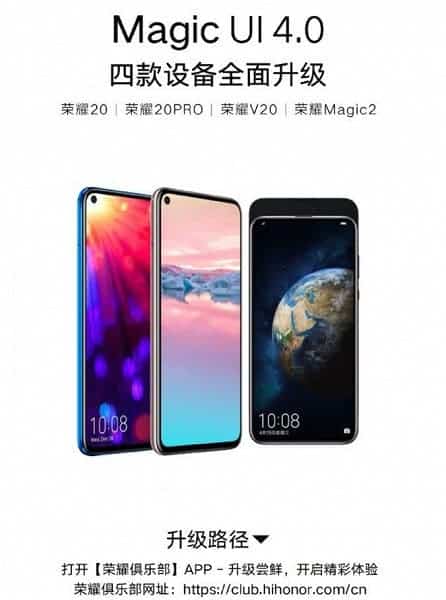 Of course, the sale of Honor will hit Huawei very hard, which is barely afloat under the pressure of US sanctions and their aftermath. If this year analysts give the company only 14% of the global smartphone market, then this year, according to the forecast, the company’s share will drop to 4%. With such results, the company will have to fight for a place in the top ten leaders, since they will definitely not be able to get into the top five.

Another Chinese company Xiaomi, according to the forecast, will significantly strengthen its position this year. TrendForce analysts make a modest forecast for Xiaomi’s share to increase from 12% to 14%. However, Xiaomi itself is much more optimistic and intends to sell from 240 to 300 million smartphones. The company wants to get ahead of Apple and possibly compete for the top spot with Samsung.

Analytical agency Gartner has published another report on the smartphone market. So, in the third quarter of this year, 366 million smartphones were sold worldwide; which is 5.7% less than in the same period last year. And although the drop is noticeable, it is less than 20%; which the market fell by in the first half of the year.