Earlier today, Chinese manufacturing giant, Huawei, held an event in Hong Kong, China, where it unveiled a couple of products and tech including the new Link Turbo which is expected to boost Wi-Fi network signals. The company also officially introduced its upcoming flagship smartphone, Huawei V20 which is powered by a Kirin 980 processor. 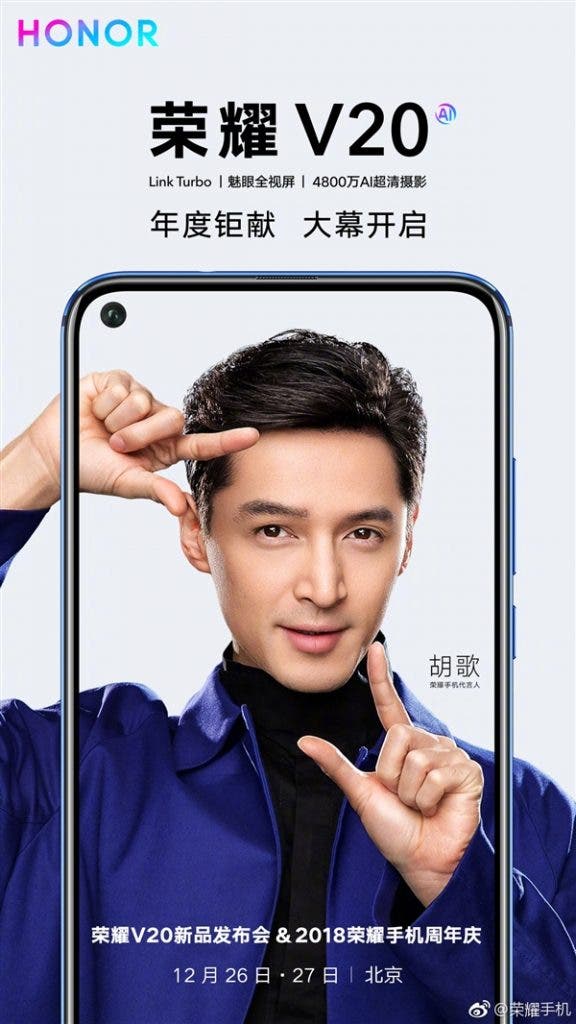 We will have to wait till December 26th for the official launch of the Honor V20 in Beijing, however, this introduction revealed some salient specs of the smartphone. The Honor V20 is set to be the first ever smartphone with a 48MP camera and it will also have the privilege to launch the Huawei’s new tech, Link Turbo. 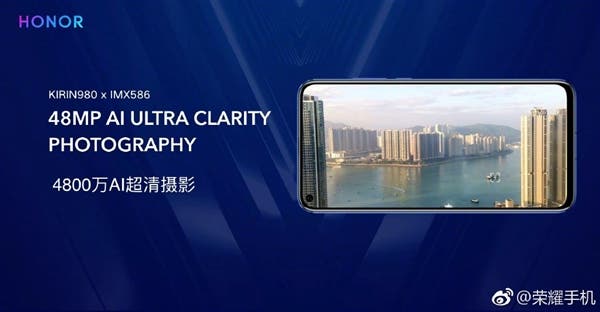 The 48MP CMOS is a Sony IMX586 sensor. The sensor measures 1/2 inch, supports four-pixel integration (0.8μm synthesis 1.6μm) and 4x hardware HDR enhancement. On the other hand, Link Turbo is a full-network aggregation technology which is designed to intelligently detect network congestion, and simultaneously use or switch Wi-Fi/4G networks to ensure continuous network. The Honor V20 also uses a glamorous full-screen with a punch-hole display camera which is located at the top left corner of the display.