Honor’s upcoming smartphone – the Honor V20 is still about two weeks away from been announced. The device was officially showcased a few days back coinciding with the date Samsung presented its Galaxy A8s, however, as with basically every other worthy smartphone, the device will no doubt feature in the rumor mill a number of times before it finally gets official.

If rumors turn out to be true, the same device following its debut in China on December 26 will be announced globally in France on January 22 as the Honor View 20. Ahead of the China launch date, the Huawei sub-brand has now started teasing the device on its Weibo social media page.

The first of such teasers come in the form of three images, posted on Weibo, revealing the front design of the Honor V20. Aside from the front design, the teaser does give a subtle hint on the number of colors we should be expecting. As you can see from the three teaser images, each of the Honor V20 has a unique background color, and that is a hint that the device will be offered in three different color variants –  including Gray, Red, and Blue. 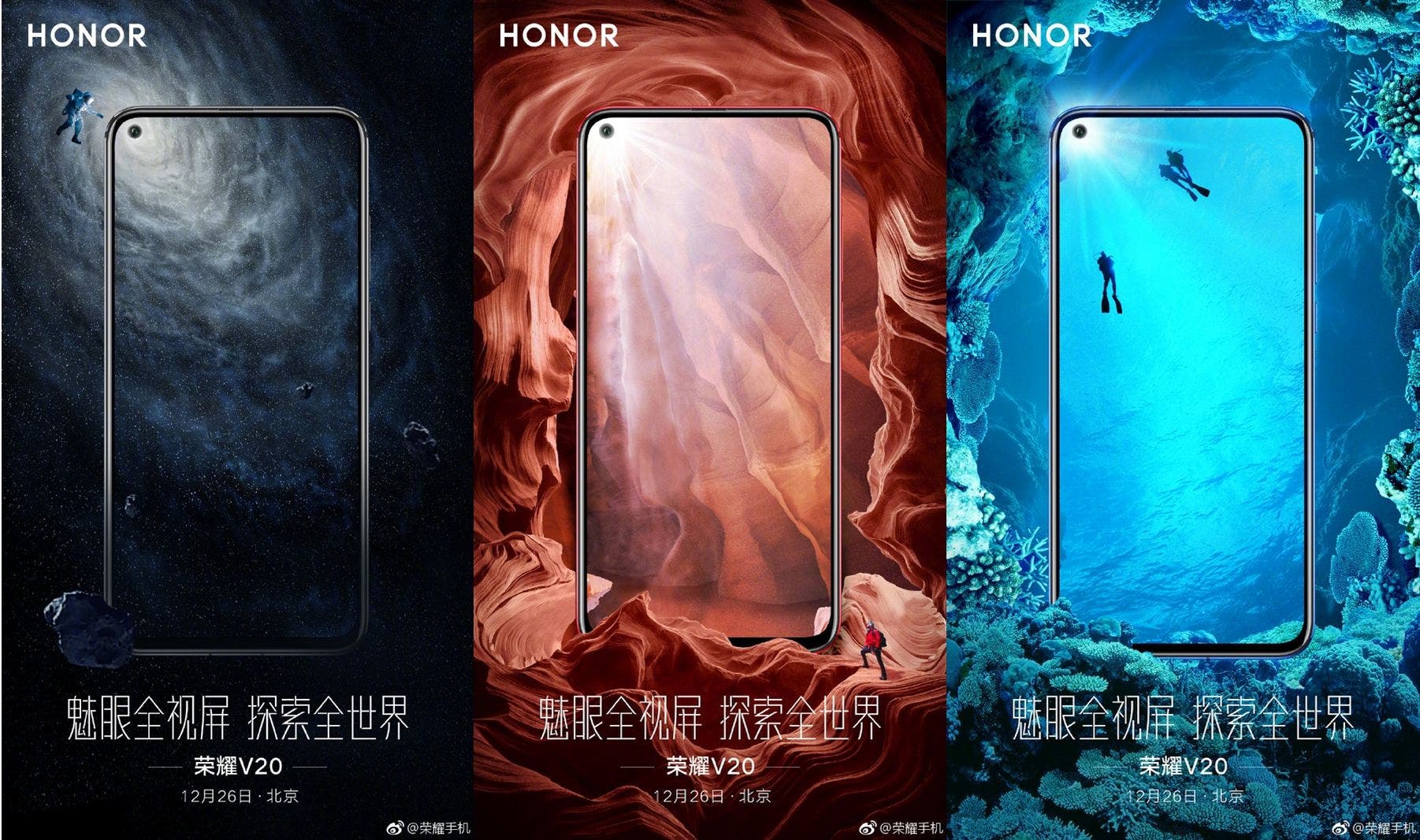 The front view of the Honor V20 as teased today reveals a device with a very high screen to body ratio made possible partly by the in-screen camera hole for the front-facing camera. As high as the STB ratio may seem, the device still gets a slightly thick bottom bezel.

As for the specs, the Honor V20 is tipped to be the first ever Honor’s smartphone with a 48MP camera and it will also have the privilege to launch the Huawei’s new tech, Link Turbo.