The tension between the United States and China is getting worse and though both parties act as though all is well, things are deteriorating gradually. The US clamp down on Huawei is quite disturbing and the Chinese government might be forced to take similar actions against American companies operating in China. Huawei’s Chief Financial Officer (CFO), Meng Wanzhou was last week arrested in Canada for allegedly Huawei escape US sanctions on Iran by clearing all records linking the company. The Canadian authority acted at the request of the US Law enforcement. 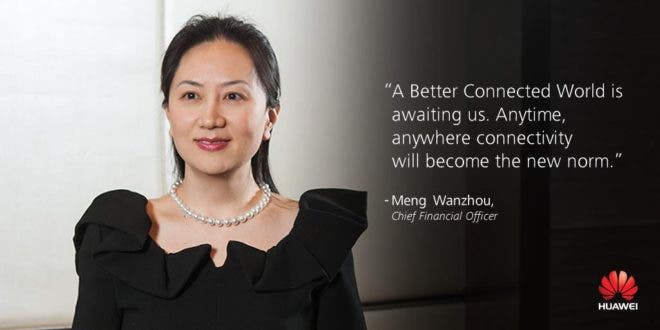 After three days in detention and multiple court hearings, she has now perfected her $7.5 million bail conditions and has been released from custody. However, she will surrender her passport, wear a GPS tracking device, hire the services of a private security guard for her home in Vancouver and will remain in her Vancouver home from 11 PM and 6 AM daily.

Meng has had a home in Vancouver for 15 years and she has no intention of absconding, her lawyer said. Her family, herself, Huawei and even the Chinese government will be disappointed if she does that he added.