The iPhone X was not the first smartphone to have a notch on the screen since that honor falls on the Essential Phone or more precisely, on the Sharp Aquos S2.

However, the iPhone was the first of the “conventional” brands to have this feature, and it is the phone most associated with it.

Due to the edge-to-edge screen and the consequent elimination of the frames, the notch houses the cameras and sensors for FaceID.

Now, Ms. Davis a women from the Northern District of California filed a lawsuit against Apple, she feels she was tricked by some of the marketing images used by Apple to promote their iPhone XS and iPhone XS Max phones, According to Business Insider. 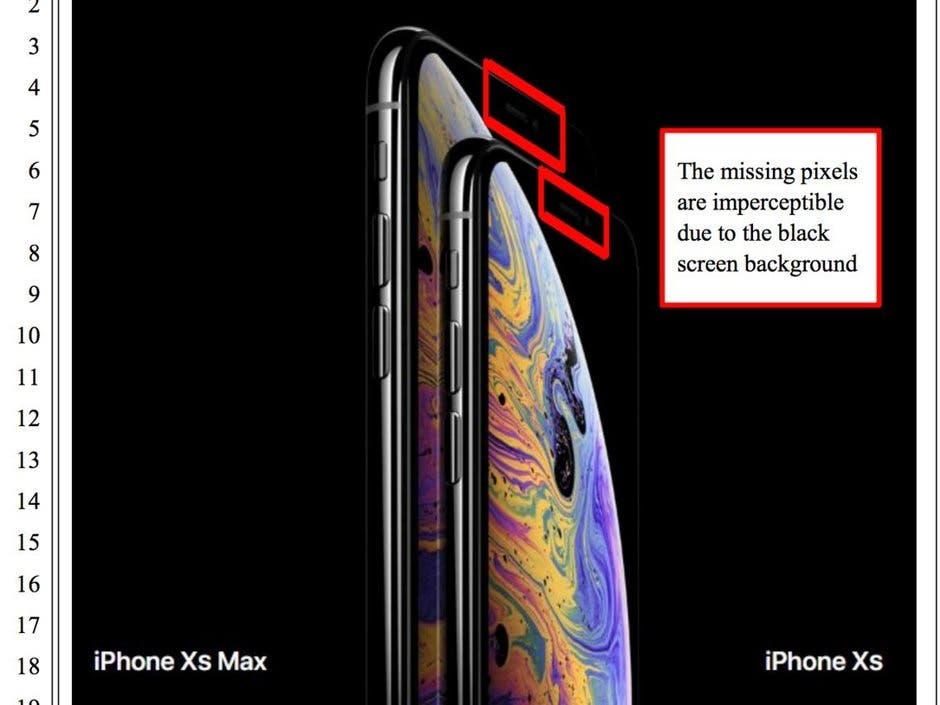 When looking at these images, she thought that the iPhone XS that she bought did not come with a notch. The lawsuit explains how difficult it is to see the notch with a black background like the one used by Apple.

While it is true that in some promotional images the notch is not visible, many of the other images shown on Apple website do show the notch clearly. In fact, in the display section of the specifications page it is visible.

The lawsuit asks Apple for compensation for damages. It also makes reference to Apple overestimating the number of pixels on the screen due to rounded corners.

It is worth to mention that Apple has recently announced that it will launch a software update for iPhones in China to solve patents problem with qualcomm.