The global smartphone market is highly competitive presently and it is very common for a manufacturer to diss another which it considers as its closest rival. Most recently, we hardly see a major launch event from Huawei which does not make a comparison to Apple or Xiaomi. Now, Lenovo is taking a jab at Xiaomi. Yesterday, we saw a Lenovo Z5s poster which comes with the phrase “Triple Kill Xiaomi Mi 8”. Today, the Lenovo has released another poster with the phrase “Quadra Kill MIUI”. 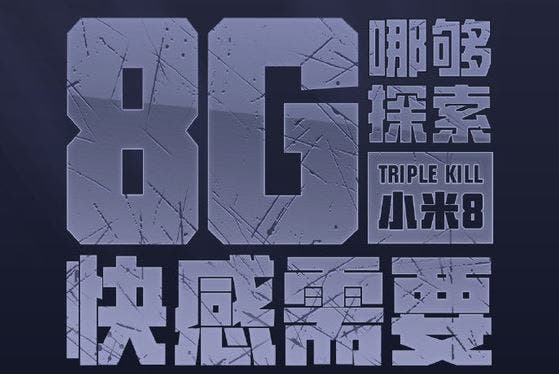 While we wait for the official launch event of the Lenovo Z5s which is scheduled to take place on December 18th, a new official poster suggests that the Lenovo Z5s will be equipped with the Android 9 Pie system. The poster comes with the phrase “P is happy”, the P here most-likely implies the Android Pie system. In addition, we also have the phrase “Quadra kill MIUI”. Perhaps “Quadra” is OS related and it has something which Lenovo feel is better than what MIUI offers. 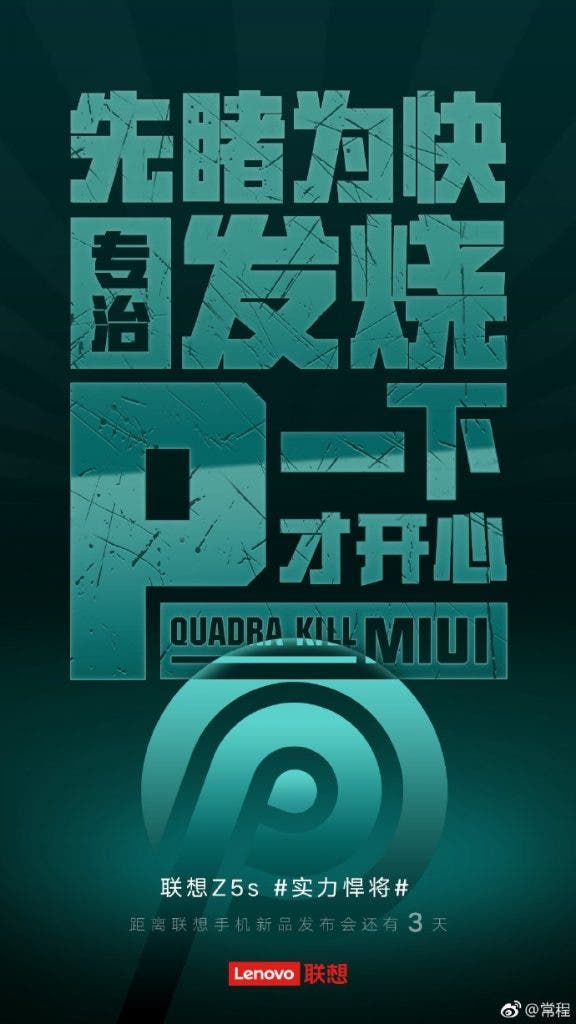 After Lenovo released the “Epoch-making” flagship Lenovo Z5 Pro on November 1, the company is getting set to release another Z-series smartphone which will finalize Lenovo’s business for 2018. An official said that this smartphone brings no surprises in terms of performance and photography. According to the information recently released by TENAA, the Lenovo Z5s adopts a 6.3-inch screen, and the body measurements are 156.7 × 74.5 × 7.8mm. It has a built-in 3210mAh battery and runs the ZUI system. Its design is quite similar to the Huawei P20 Pro. In addition, the Lenovo Z5s is expected to be equipped with 10GB RAM option, a triple rear camera setup and it will be powered by a Snapdragon 710 SoC.