As expected, Huawei Nova 4 will be launched on December 17 as a successor to the Nova 3 which was introduced in July this year. Using the new in-screen camera design, the Nova 4 promises to offer a greater screen-to-body ratio. In addition, it will also be equipped with a single camera selfie on the front and a 3 rear camera sensors in the back, in which the main sensor has a resolution of 48MP.

Now, According to the Geekbench test database, The phone, which has the model number VCE-AL00 runs Android 9 Pie and operated by the Kirin 970 SoC alongside with 8GB of RAM. In the single-core test of Geekbench, it has scored 1997 points and it has reached a multi-core score of 6605. 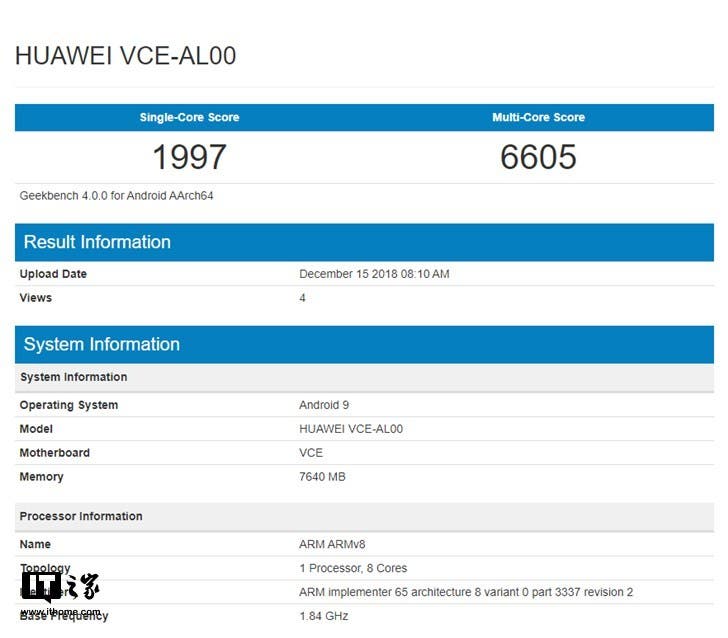 In addition, Huawei Nova 4 will have a 25 megapixel selfie camera on the front with AI beauty mode. The standard version of this phone will have 3 cameras on the back with a resolution of 20MP + 16MP + 2MP respectively. In the more advanced version, the 20MP main sensor will be replaced by a 48MP sensor. 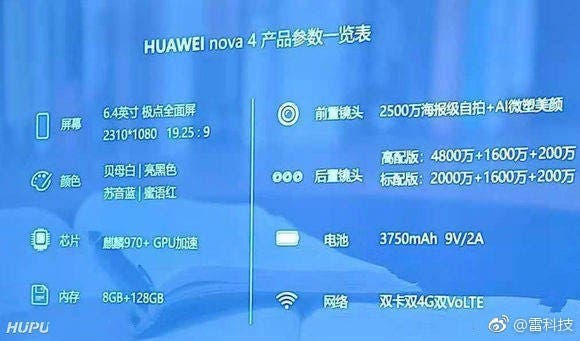