At present, Huawei’s MateBook series notebooks have four models of the X Pro, X, D, and E. In early November, Huawei uncovered the new full-screen thin and light MateBook 13. At today’s conference, where the manufacturer unleashed the Nova 4 and the Enjoy 9, we also saw the Huawei MateBook 13 and learned everything about it, including the pricing. 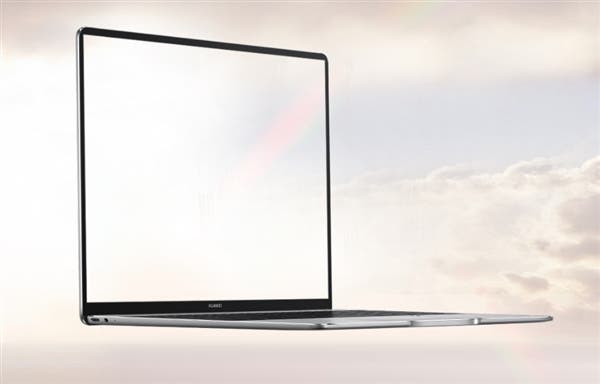 At the same time, the Huawei MateBook 13 comes with a 14.9mm ultra-thin metal body, which uses a diamond cutting and chamfering on all sides, supplemented by delicate ceramic sandblasting technology. The thickest part of the fuselage is only 14.9mm. The laptop weighs 1.28kg, and there are three colors of silver, deep gray ash and pink gold. 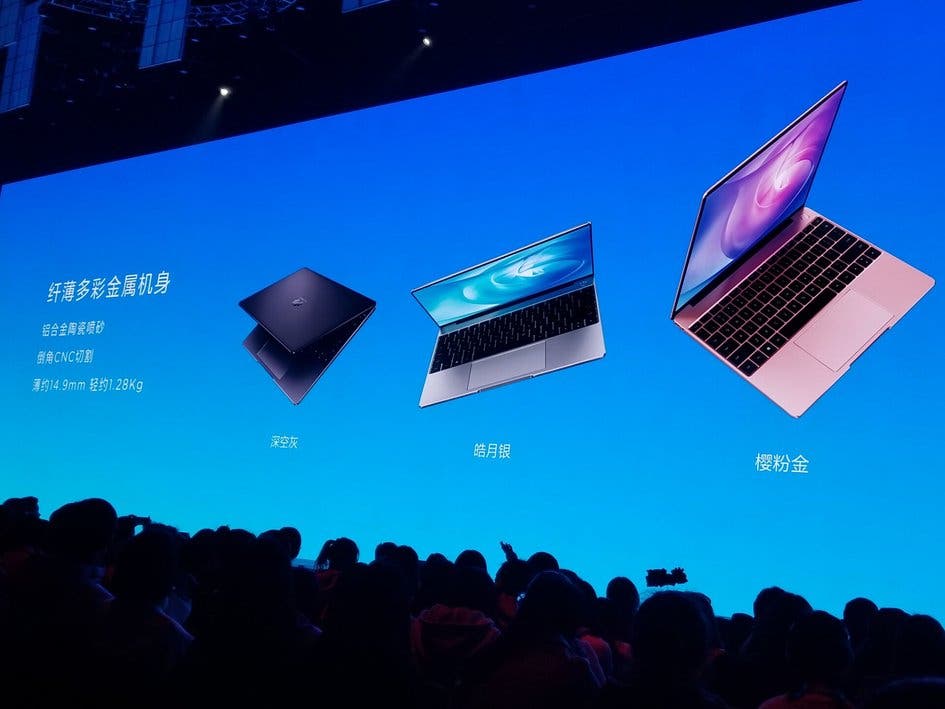 Under the hood, the Huawei MateBook 13 carries the Intel’s latest eight-generation low-power processors (Whiskey Lake) of the Core i7-8565U or the Core i5-8265. Both chips have quad-core eight threads, the main frequency of 1.8-4.1GHz and 1.6-3.7GHz, respectively, and the power consumption is 15W. The SoC is paired with an NVIDIA MX 150 discrete graphics, 2GB GDDR5 independent graphics memory, LPDDR3 memory, and NVMe solid state drive. 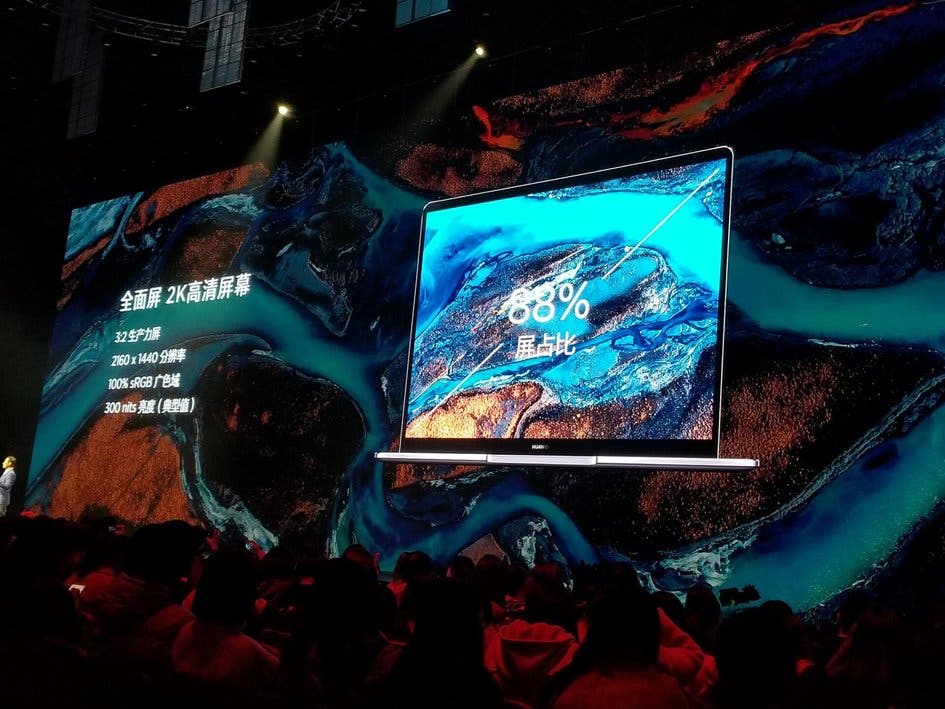 Unlike the aggressive fanless cooling of the MateBook X Pro, the Huawei MateBook 13 features a dual-fan dual-heat pipe cooling module, officially known as the Shark Fin Fan 2.0, which can run at 8,000rpm. It has a 25% increase in air volume compared to conventional fans. In addition, dual fan linkage can effectively reduce noise. 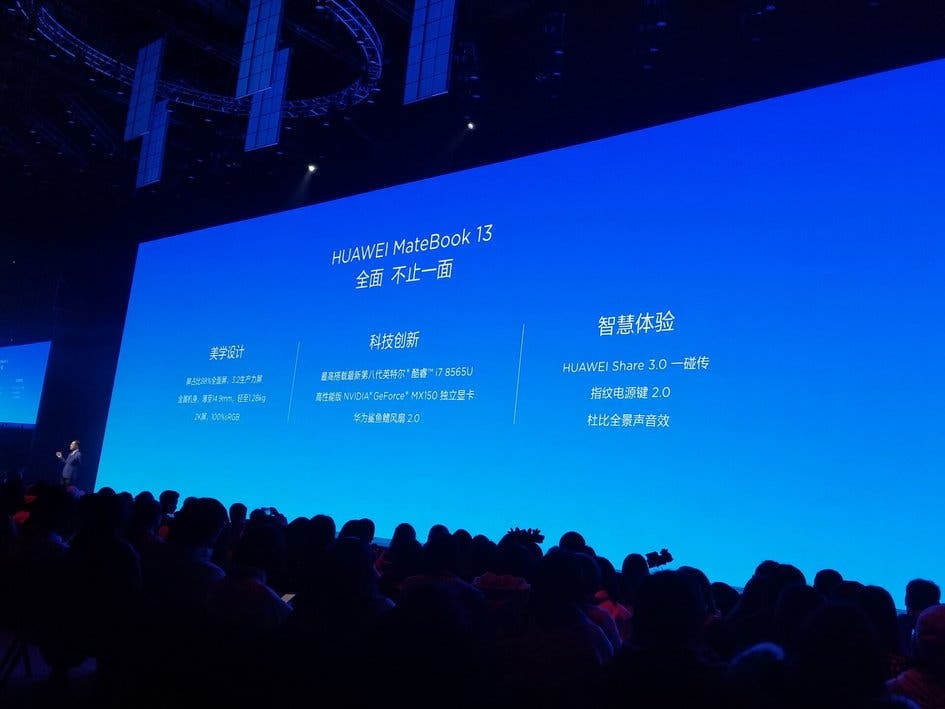 The rest of the noteworthy features include a full-size island chocolate keyboard, a power button that also integrates a fingerprint recognition module, a dual-band 802.11ac Wi-Fi and Bluetooth 5.0, a 1MP camera, two speakers, two microphones, and a Dolby Atmos sound support. 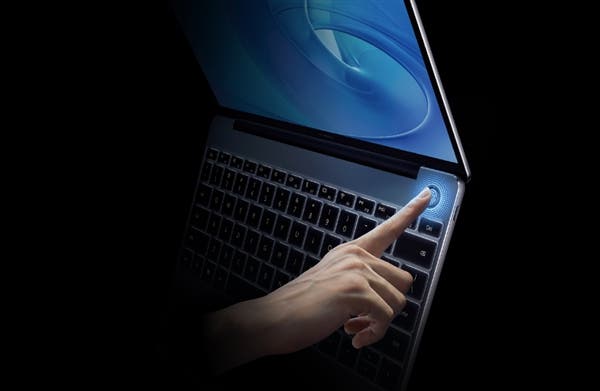 One of the biggest selling points is to support the latest Huawei Share3.0 technology. On the right side of the B-side, there is an NFC recognition area. With the NFC-enabled Huawei smartphone, it can provide a fast file transfer of up to 30MB/s. It’s done with a single touch. According to the official introduction, 1000 photos transfer takes only 2 minutes. 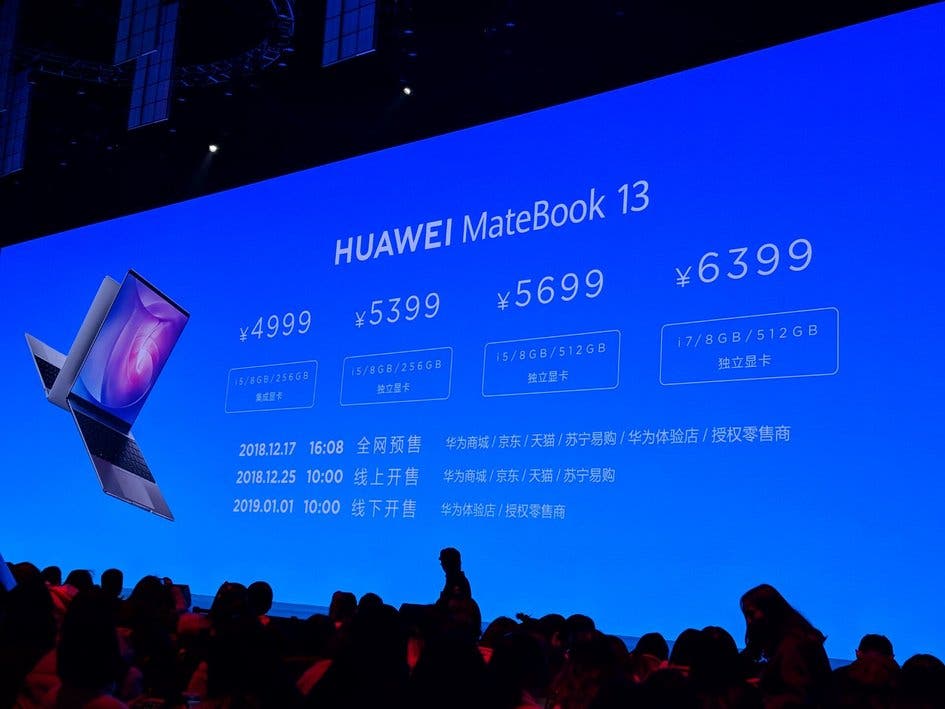 All models will become available for pre-order starting at 10:00 on December 25, and will ship at 10:00 am on January 1 next year.

Previous Elephone A5 with 5 Cameras & Helio P60 Goes on Sale