Xiaomi Redmi Pro 2 and Redmi Go could be unveiled in the coming months, the first was at the center of the rumors already a long time ago, but has not yet seen the light, the second could instead be the first Android Go of the Chinese manufacturer.

Xiaomi Redmi Pro 2 could finally be in the finishing line, on Weibo there would be some teaser images that would allow us to imagine a presentation in the short term, revealing the presence of Qualcomm Snapdragon 675 SoC. There is a possibility that it could be the very same 48-megapixel camera phone that Xiaomi President Lin Bin had teased earlier this month.

The Snapdragon 675 was released last October and it’s an 11nm chipset that includes two 2GHz Cortex A76 cores and six 1.78GHz Cortex A55 cores, with Adreno 612 GPU, Snapdragon X12 LTE modem, dual VoLTE support , Wi-Fi 802.11c, 2 × 2 MIMO, Bluetooth 5.0, USB Type-C and Full-HD+ resolution. The smartphone should be presented during the month of January. 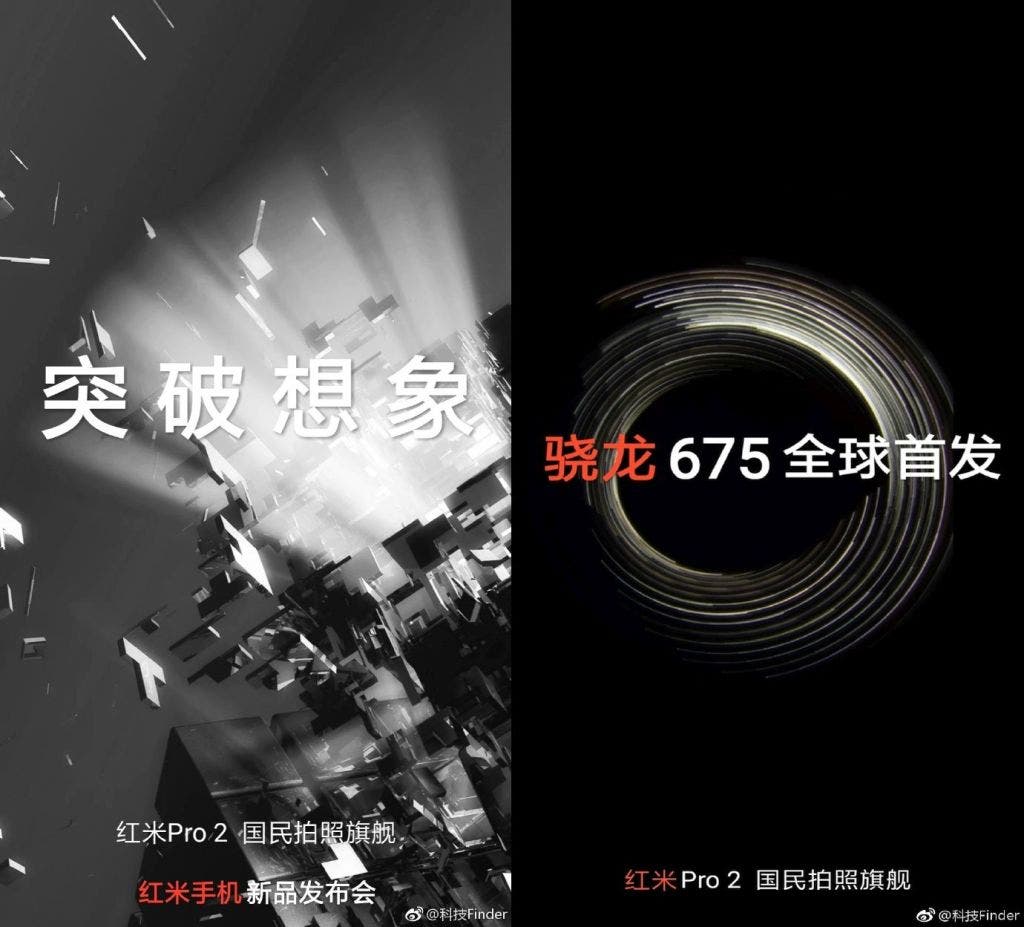 It is worth to mention that Xiaomi Redmi Go phone could be the first device of the Chinese house to have Android Go, a lightened version of the operating system, dedicated to very low-end and inexpensive smartphones.