A few days ago, Chinese manufacturing giant, Lenovo, released a couple of smartphones including the much anticipated Lenovo Z5s. In addition, the company also announced a special edition of this smartphone which comes with a 1998 Yuan ($290) price tag. This special edition only has 4,160 units worldwide and its official pre-sale started on December 19. However, two days after the pre-order commenced, the company has now temporarily aborted this exercise due to “some irregularities”. 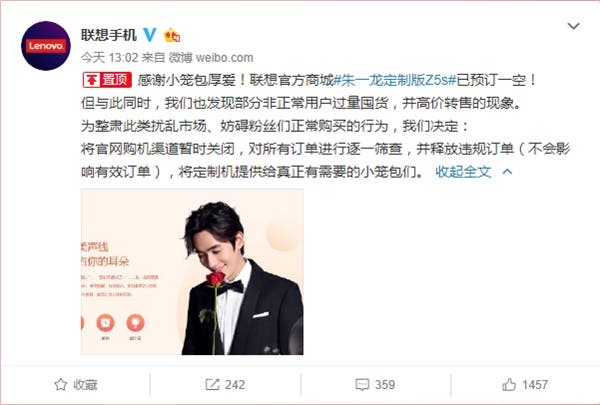 According to Lenovo, it observed that some people who made reservations for this smartphone have already put it up for sale at a much higher price thus denying the actual users from buying this smartphone at launch price. In order to eliminate such behaviors that disrupt the market and hinder the normal purchase for fans, Lenovo decided to temporarily close the official website purchase channel and screen all orders one by one so as to sieve out the erring orders. 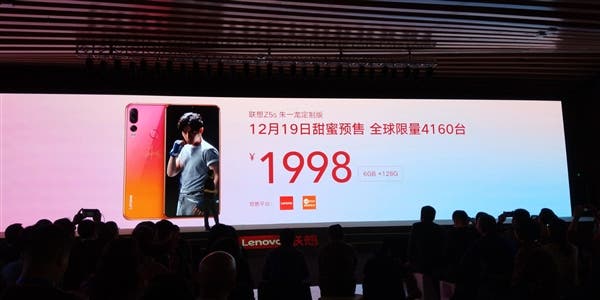 As for the main configuration, Lenovo announced that the Lenovo Z5s is powered by the Snapdragon 710 AIE Turbo processor which is equipped with a Game Turbo engine. In the camera department, this smartphone comes with a triple 16MP+8MP+5MP cameras with a F/1.8 large aperture. Its lights are kept on by a 3300mAh battery which supports 18W safe fast charge and it also supports high-precision gyroscopes and multi-dimensional network acceleration. In addition, Lenovo Z5s also uses a nano-scale holographic stereo rainbow coating process. It is equipped with a 2.5D Corning Gorilla glass back cover, and a built-in catheter-type hidden earpiece (80 mW high power, speaker handset combo). It retains the 3.5mm headphone jack and USB Type-C interface.