A new smartphone with model number L18081 has recently received approval at Indonesia’s TKDN. The handset is expected to be a Lenovo A5s, which is also hinted at by the listing itself. There’s not much known about the handset except that it could be a better-specced Lenovo A5 device. 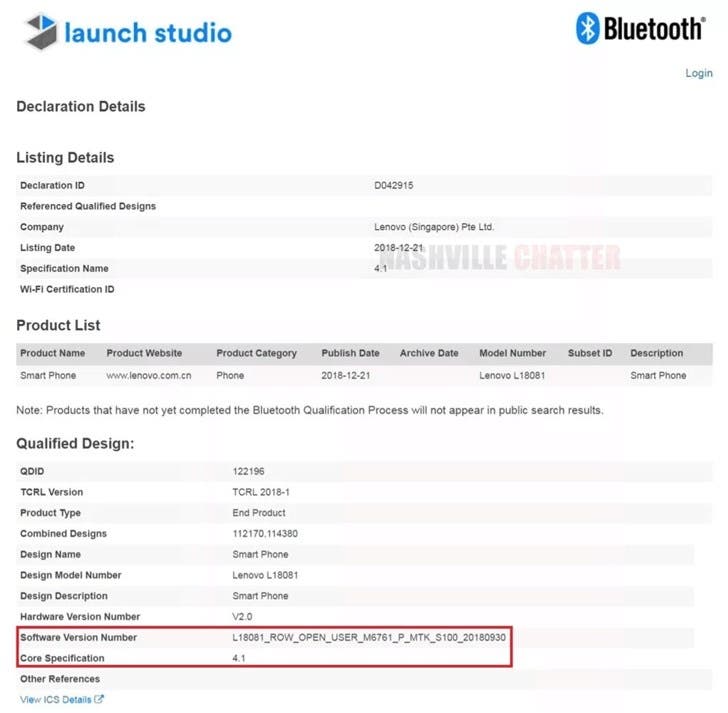 The handset did, however, pass Bluetooth SIG and with the same L18081 model number. According to that listing, the mid-range device will carry Bluetooth 4.1 support. As per the source that reported the new listing, the Lenovo A5s houses a MediaTek Helio A22 chipset and will be loaded with the latest Android 9.0 Pie software. That’s pretty much it for now regarding the device. We do anticipate the handset to arrive on Chinese certification portals soon as a launch in early 2019 could be on the cards.

The Lenovo A5 was released in June with a 5.45-inch IPS HD+ display, a MediaTek MT6739 chipset, a single camera of 13-megapixel, and a front-facing shooter of 8-megapixel. The package was rounded off with a 4000mAh battery and a beginning price tag of Rs. 5,999 (~$86) which is entry-level territory.

Next Huawei 40W SuperCharge-compatible 10,000mAh Power bank said to be in the works