The lack of a true flagship smartphone notwithstanding, HMD Global, the home of Nokia phones could soon jack up the number of budget smartphones in its arsenal, as a new unannounced Nokia phone with entry-level specs has been spotted on the US. FCC and the Bluetooth SIG for certification.

An unknown Nokia phone bearing the Nokia TA-1124 model number has cleared both the FCC and the Bluetooth SIG giving us the impression that the as yet unknown device could be a step closer to its official launch. The listing also gives us a brief insight on the devices internal makeup.

As per the listing, the Nokia device could come flaunting a 6-inch display, while it could also pass as the first Nokia-branded handset to arrive powered by Qualcomm’s Snapdragon 439. It will be aided by 2GB RAM and probably non-expandable 32GB storage

While it is not unknown what battery size the firm will pack into the device, the listing further suggests the Nokia device could run Android Pie out of the box. The device too is tipped to come with a dual rear camera- a 13MP + 5MP rear camera combination, and an 8MP front camera.

Nokia TA-1124 passed BT SIG and FCC, and the specs revealed are: 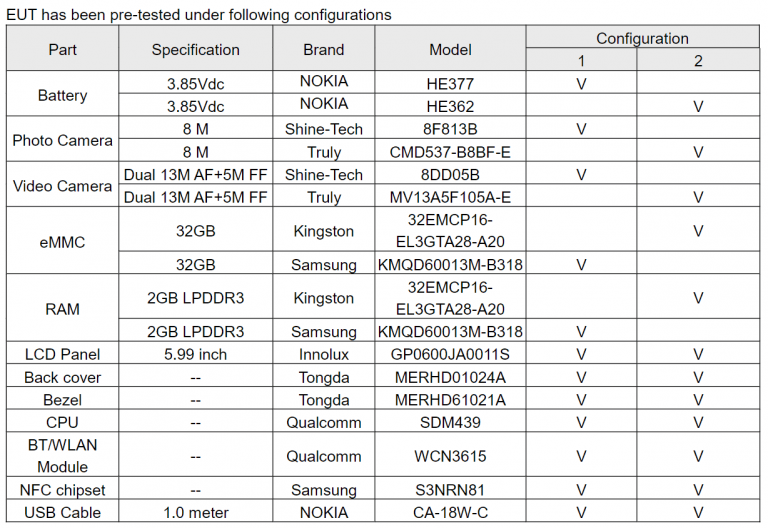 It’s not exactly clear what marketing name HMD could stamp on the Nokia phone, however, the device might end up as a variant of the Nokia 3.1 plus given that most its specs match, excluding the SD 439.