Just in time for Christmas for the owners of the Samsung Galaxy S9 and Galaxy S9 Plus comes a welcome gift, the Korean manufacturer, in fact, has kicked off the official release of the stable Android 9 Pie update.

The roll out was started for the models marketed in Germany but it should not take a long time to arrive to those sold in other markets. Apparently the Korean producer has decided to anticipate the release of this awaited update scheduled for the month of January. The update weighs over 1.7 GB and brings the software to the G960FXXU2CRLI version for the Samsung Galaxy S9 and G965FXXU2CRLI for its big brother. 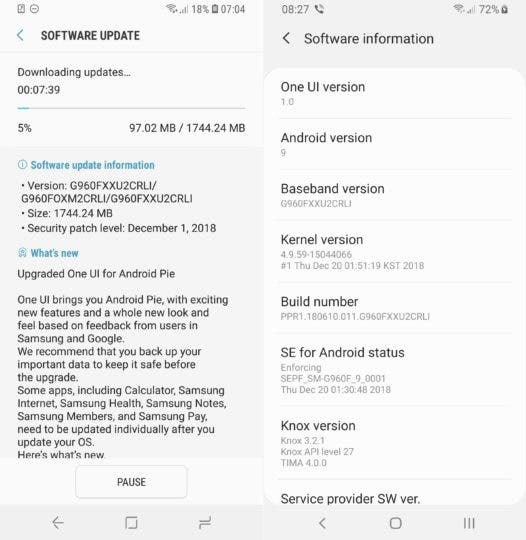 Recall that, in addition to all the new features of Android 9 Pie, with the update in question also comes the new interface of the Korean manufacturer, called Samsung ONE UI. At this point, the owners of the two smartphones hope that the manufacturer will release the update to all devices as soon as possible. Who did not intend to wait can download here the firmware to be installed manually.

It is worth to mention that Samsung has published its One UI official introduction video on Youtube, presenting its main features.