Honor announced the new generation Router Pro2 today, which has the same main feature of previous generation: the use of the home-developed Linghao chip for a stronger performance and a more functional experience.

The processor of the first gen Honor Router Pro was dual-core, meanwhile the new “Lingyi 5651” in the Pro2 has been upgraded to four cores, with a frequency of 1.4GHz; theoretically this means a 4x improvement in data forwarding performance. At the same time, it’s been equipped with the in-house Linghao 1151 Wi-Fi chip and 256MB of RAM, so lots of memory for independent application acceleration. 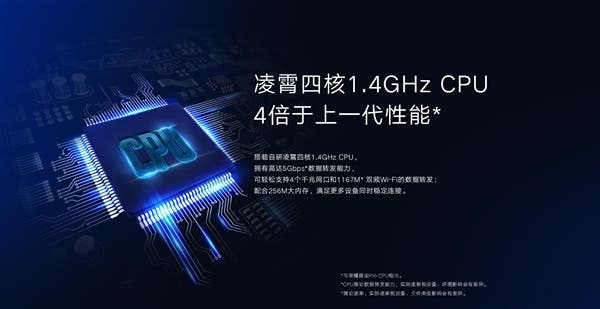 The concurrent dual-band wireless speed of the router is 1167Mbps thanks to the two built-in high-performance dual-band antennas and four high-power amplifier. This hardwares brings an improvement of around 30% and can meet the needs of large 120-180 square meters areas. 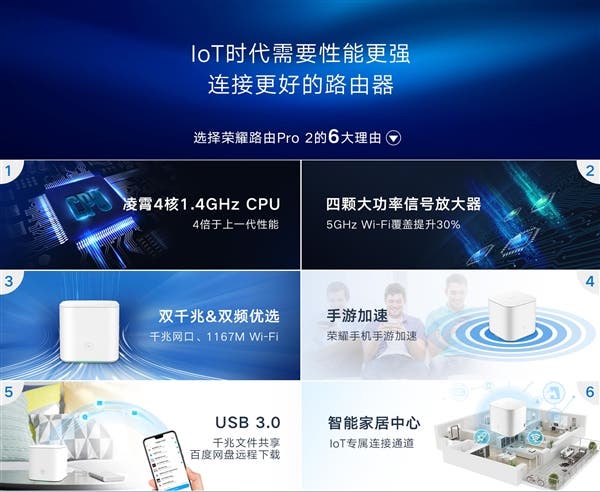 The Honor Router Pro2 adopts a simple and sleek square box design, with a white body, a reset button at the bottom of the front, four Gigabit Ethernet ports at the rear, WAN/LAN combo and much more.

There is also an USB 3.0 interface to connect an external hard disk, which can work with Honor and Baidu servers to download files on the external HDD at any time. 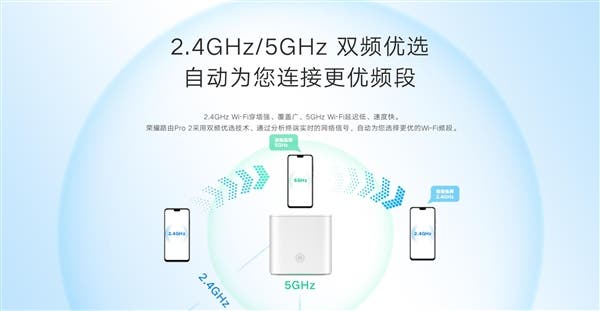 The Honor Router Pro2 is priced 349 Yuan, so just around $50 and it’ll officially go on sale on December 28th (in China).

Previous BOE Will Produce its 6th Gen AMOLED Screens in Fuzhou, It's a 46.5 Billion Yuan Investment