Today, the official website of the State Intellectual Property Office showed Meizu Technology’s patent entitled “Foldable Terminal and Support Pad”. According to the patent document, the Meizu foldable terminal comes with a support pad between the bottom case and the display module, and the support pad is compressible in the horizontal direction. This makes it convenient for the redundant display when the display module is folded. 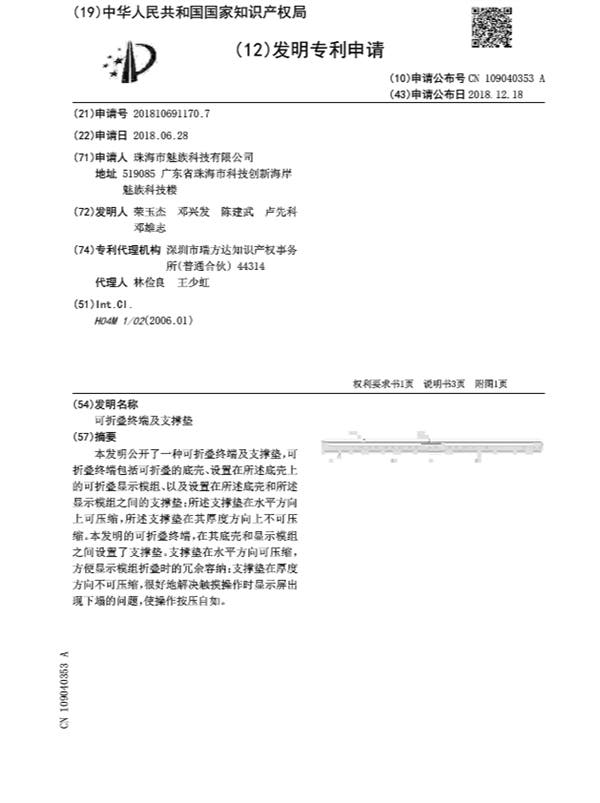 However, it is very important to note that this is only a patent and patents do not necessarily mean that there will be a final product. Nevertheless, it is almost certain that this foldable design is something that Meizu will strongly consider for future foldable smartphones.

Last month, Samsung unveiled a foldable display panel called InfinityFlex Display at the SDC2018 Developer Conference. Its main feature is that it can be folded and closed. Specifically, the 7.3-inch display area can be obtained after deployment, and it also has a display for the closed state. It is reported that the Samsung collapsible smartphone will be officially unveiled next year. Technically, foldable smartphones seem more like a gimmick than reality. No doubt, they will be scaringly expensive and perhaps not worth the cash. What do you think about foldable smartphones? Let us know in the comments.

Next Pre-order the twilight color OUKITEL U25 Pro for just $99.99