Xiaomi’s associated company Pocophone back in August delivered a capable mid-ranger aimed squarely at the emerging markets and companies like OnePlus. Available in several markets outside of China and India, the Pocophone F1 as it is called packs some packs flagship-level horsepower, but at a mid-range price.

Now, only a few months after its first debut, the Pocophone F1 is about now getting a successor, at least that is what a listing that just surfaced on Geekbench makes us believe.

Geekbench isn’t hiding anything, the device is referred to on the listing as the Pocophone F2, and is tipped to come off the box running Android 9.0 Pie OS, and oddly, the device will be powered by the SDM 845 – the same SoC found in the Poco F1. It also gets the same RAM size – at 6GB. 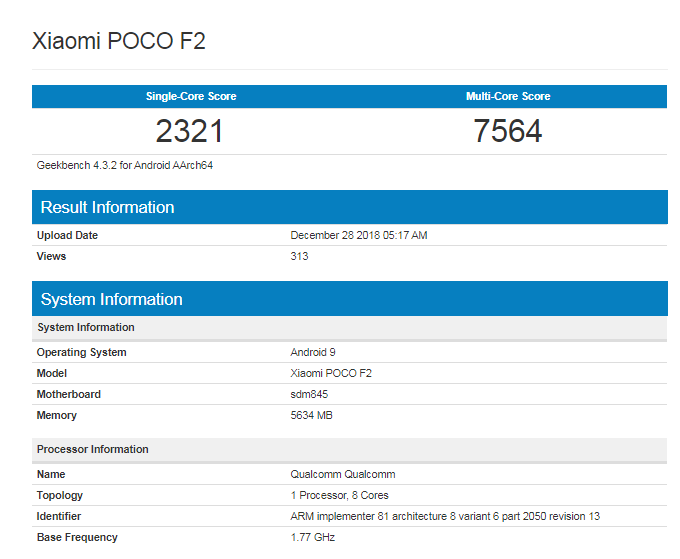 On the performance front, the device returned 2321 and 7565 points on the single and multi-core test. Both scores are a bit below the Poco F1 performance level.

Other specs haven’t been revealed, however, we expect the company to do a lot of work in other areas of the device, given that they both got the same SoC.

Next MIUI releases its final MIUI 10 update for 2018