Microsoft filed a new patent that reveals a brand new magnetic USB-C system with a magnetic plug and magnetic receptacle that would make it easier to charge future Surface Tablets. While the Surface Pro 6 came with Microsoft’s proprietary Surface Connect, the newer Surface GO came with a USB-C port, leaving us to believe that the standard will be used in most of the future Surface devices. 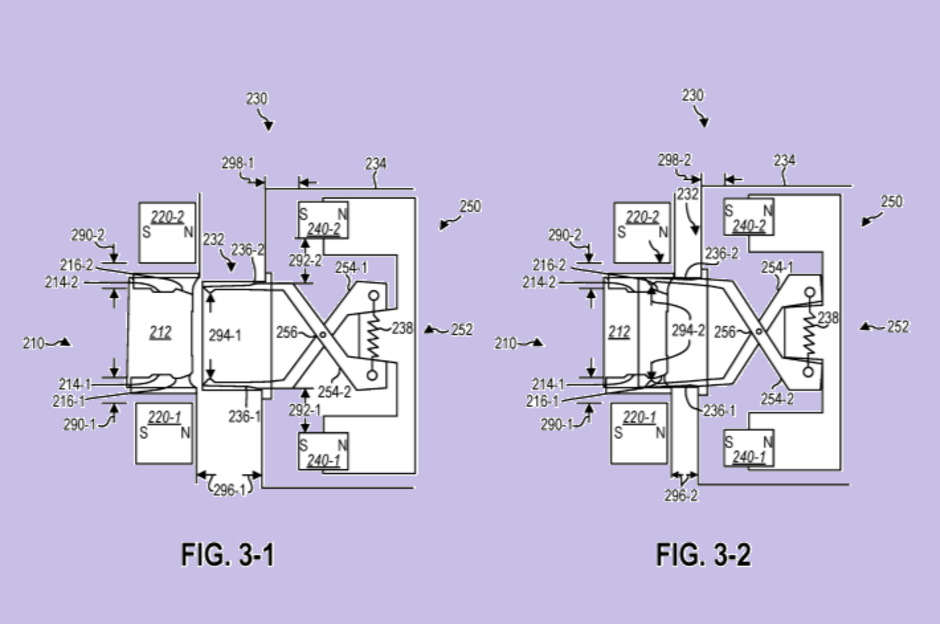 The patent in question has been filed with WIPO on March 23 with Magnetically Activated Latch Mechanism title. The filing describes and shows a USB-C cable that has a magnet on either side of the receptacle. This would allow users to connect the cable to the port even when they are relatively distant from each other, without any external force, and/or may allow the two to detach under a wider range of external forces without damaging the system. Moreover, when a non-magnetic USB-C plug is connected to the port a latch inside the port is used to keep the cable in place. When a magnetic cable is connected the latch system is disabled, allowing it to be connected only via the magnets.

With the use of a magnetic USB-C system, users would not need to keep the cable held in place by force, also it wouldn’t require extra force to keep the cable on the place. The new system will prevent accidental disconnects. Of course, since this is a patent there is no guarantee that Microsoft will use it on future devices, but it feels like a convenient and modern system that would be welcome in the company’s tablet line.

Next Huawei expects revenue to surpass the $100 billion in this year; a 21% increase