2018 has just come to a finish and the last month was as action packed as any with a slew of awesome smartphone launches from a number of companies. AnTuTu has released a table of the best-performing smartphones of 2018 and we have an interesting top-ranker on the list amongst all the beastly smartphones.

According to the popular CPU benchmark, it was none other than the Nubia Red Magic Mars that stole the first spot with a score of 320,464. Even the mighty Mate 20 could not beat the Snapdragon 845-toting gaming handset with a score of 309,130, but it did come close. The third slot was captured by the new boy in town – the Honor V20 – which also features a top of the line CPU from the house of Huawei. 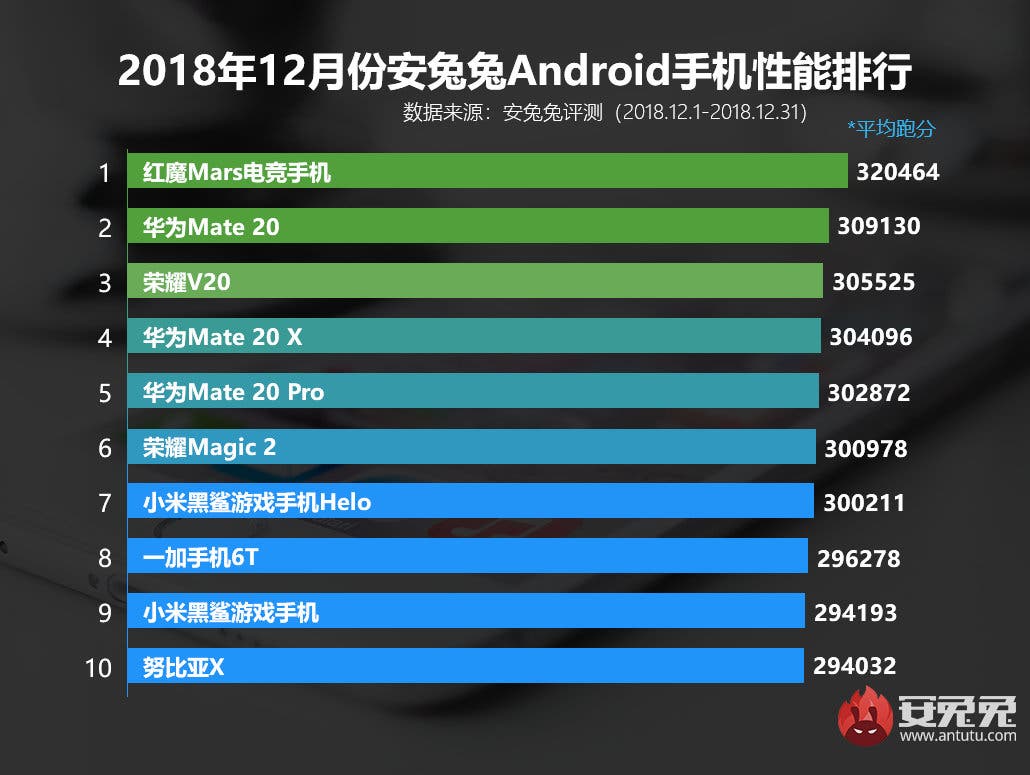 In fact, all six spots beneath Nubia belong to one of Huawei’s devices. At number four is the Mate 20X, on the fifth spot sits the Mate 20 Pro and the Black Shark Helo comes a distant seventh beneath the Honor Magic (again Kirin 980).

This table will stand as long as the Snapdragon 855 doesn’t start strutting its stuff inside a smartphone chassis and that may change as early as next month or even this month as we start seeing brands coming up with their flagships.