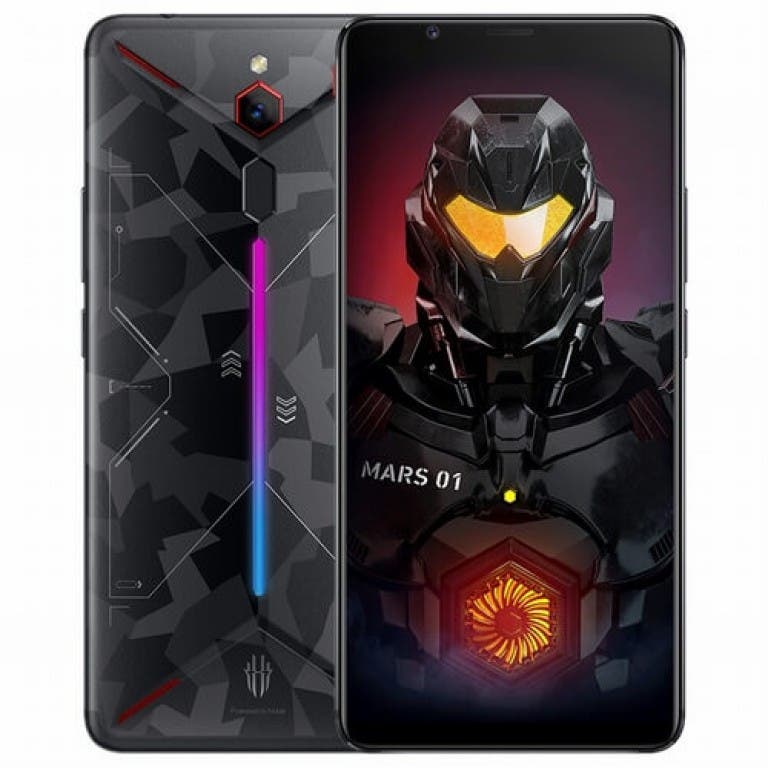 To set the record straight, the updated Nubia Red Magic ditches last year’s SD 835 for the 2018 flagship Qualcomm Snapdragon 845 mated with a cooling system called “ICE”, -a dual heat pipes that aims to cool down the temperature when things goes up during intense gaming, so it’s expected to perform great pretty much all the time. While the original Nubia Magic is offered in 8GB RAM and 128 GB storage, and much like the Nubia Red devil, the refreshed Nubia Magic Mars gets up to 10GB of RAM and 256GB storage.

It has the same  6-inch IPS LCD Full HD+ display with narrow bezels with a couple touch-sensitive areas on the sides that act as shoulder buttons which depend on a linear motor for “4D Shock” haptic feedback.

Camera-wise, the Nubia Red Magic Mars retains the 8MP selfie camera but switched the 24MP rear camera for a 16MP snapper. The device runs Android Pie out of the box while retaining the 3,800mAh battery for those power hungry games.

Finally, there are a couple of accessories accompanying the Mars- including Bluetooth-connected gaming controllers for even more hardware buttons,  a box that combines USB-C charging and a 3.5mm headphone jack, as well as a headset with a microphone and other accessories.