Today Xiaomi officially announced that Lu Weibing, the former president of Jinli, joined the company, but did not announce his specific duties. Lu Weibing joined Jin Li in April 2010. He served as the president of Jinli Group and was responsible for the overseas business of Jinli Mobile. He also spent 7 years working for Gionee. In November 2017, Jin Li confirmed that Lu Weibing had stepped down. He went on to establish Shenzhen Chenghao Technology Co., Ltd. in the same year to replace Jinli’s overseas OEM business. 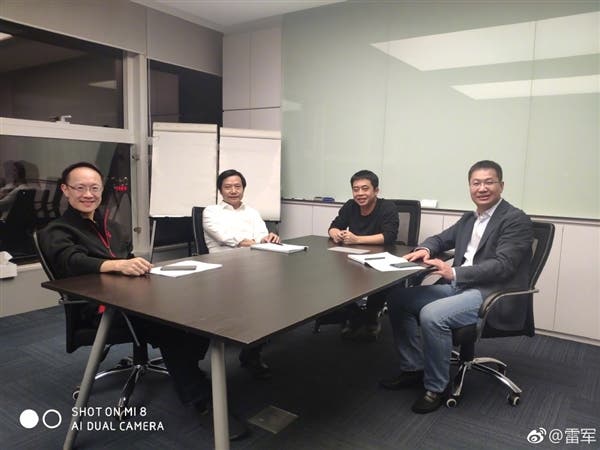 In 2018, a financial crisis broke out in Jinli, and there were problems with Chenghao Technology. In July of this year, Lu Weibing established Chenghao Technology Holdings, while Xiaomi Communication held 19% of shares, which is also considered to be the company’s success in taking over. Earlier, it was reported that Lu Weibing would join Xiaomi as vice president, or he would be responsible for Xiaomi’s overseas market. Today Xiaomi officially confirmed that he accepted the job at Xiaomi, but did not announce his position and responsibility.

At present, Xiaomi’s international business is headed by Wang Xiang, Senior Vice President of Xiaomi. He has served as Senior Vice President of Qualcomm and President of Greater China and has extensive experience in overseas markets. At the same time, the globalization of Xiaomi in 2018 also made good progress. In the third quarter, its international business revenue contributed 22.3 billion yuan ($3.2 million), a year-on-year increase of 112.7%, which accounted for 43.9% of the group’s total revenue.