As expected, Xiaomi earlier today in China made a very important announcement, and it isn’t a product launch, but rather the firm announced what now becomes of its Redmi series.

Announced via its microblogging platform Weibo, Xiaomi made two announcement – first, the Chinse brand announced that its Redmi henceforth ceases to be a series, but now a brand. And that takes us to the second announcement – the brand revealed that come January 10 at 2 PM (local time)  in Beijing, China, it would be unveiling the first smartphone under the now independent Redmi Brand.

Xiaomi didn’t dwell much on details of the upcoming Redmi phone, but it is apparent the device in question could be the much talked about Xiaomi phone with a 48MP camera as it is suggestive of the shadow below the large-sized Redmi word on the poster below. 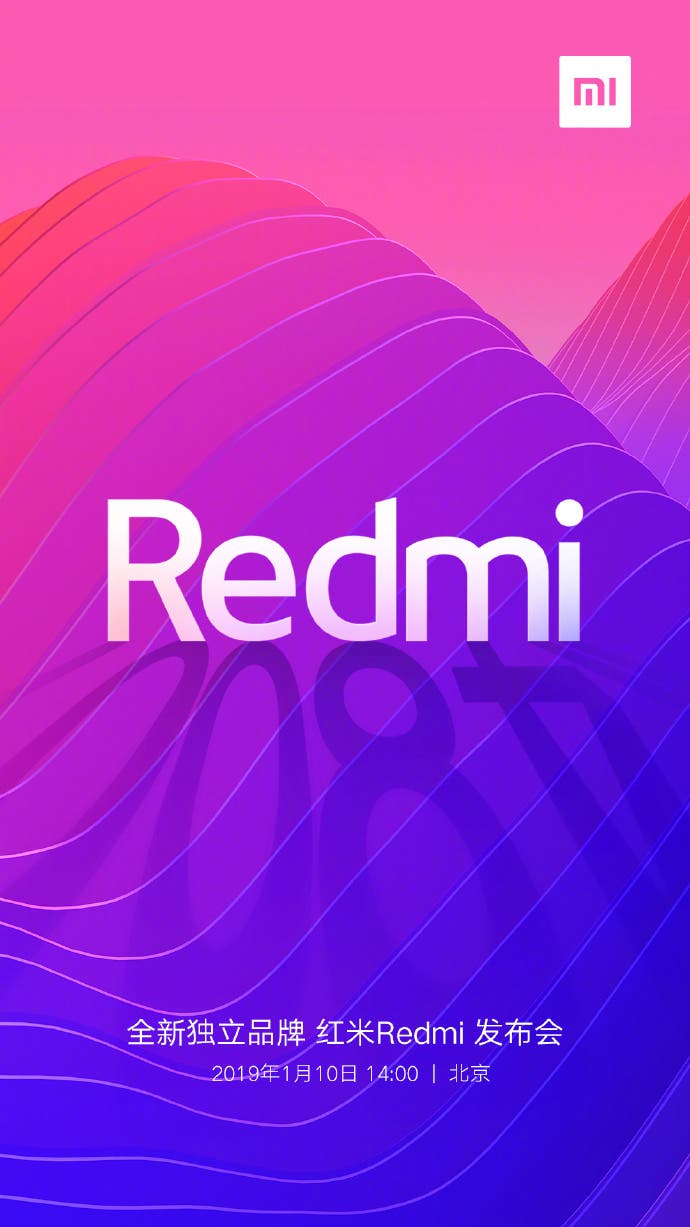 Now, talking specifically about the device that could end up as the first Independent Redmi phone, rumors have it that the said device could be the Redmi Pro 2 which has been rumored to sport a 48-megapixel sensor, and the SD 675, while others speculate it could be the Redmi 7 Pro  which was earlier spotted with a waterdrop notch screen.

We will get to know more in the coming days, as we look forward to more official teasers.

Commenting on while the company decided to let go of the Redmi Series, Xiaomi’s CEO Lei Jun says the separation became imperative, given that the Mi series and the Redmi series cater for two different market segments – the value-for-money budget smartphones, and the high-end segments. Much like Huawei’s Honor, the Redmi brand will continue to be sold primarily through e-commerce platforms while Mi devices are not e-commerce focused.

Next Honor 8A set to launch in China on January 8