Vivo recently rolled out an Android 9.0 Pie beta update to some of its top-tier devices last week heading into 2019. Those devices included the Vivo X21, X21 screen fingerprint version, Vivo NEX, and a bunch of other devices. However, the rollout was a closed beta restricted to around 5,000. Now, the update is being rolled out publicly, as is being reported by Chinese media.

The update comes with a hefty 2.71GB size and the beta is now open to all. Previously the handsets that got the closed beta were Vivo X21, X21 UD, NEX A, and NEX S. It’s likely that users of these devices will be able to now opt-in for the beta as it is now open. 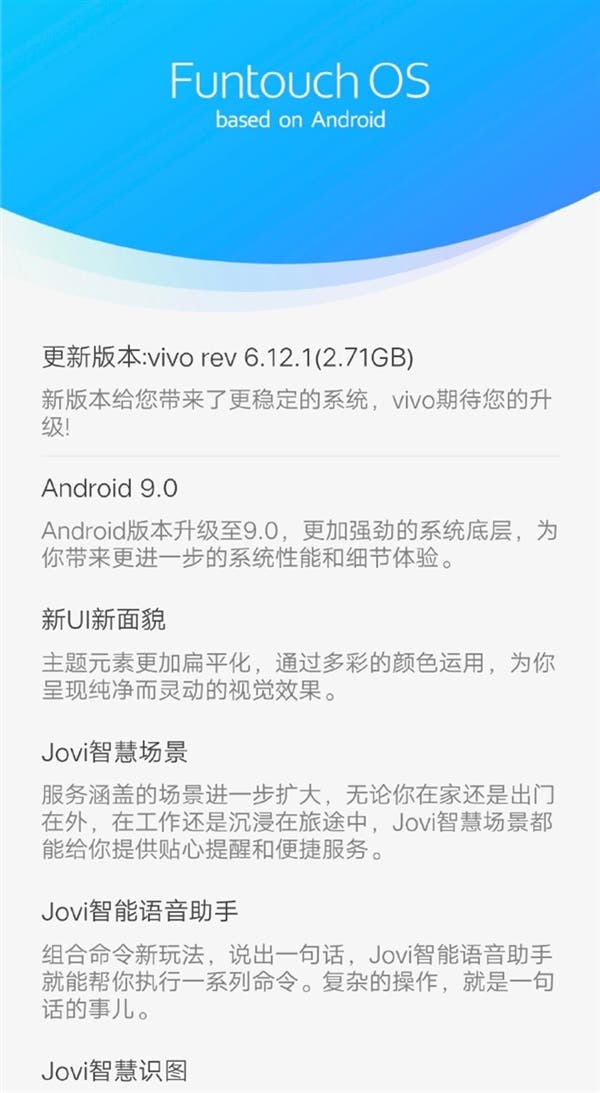 With regards to the new features, there’s a changelog that a user posted on social media that gives us some rudimentary idea about the features. It seems Vivo has renovated the looks of FunTouch OS with a more flatter aesthetic to fit more with Material design. Also, Jovi voice assistant has been improved greatly. New features include more scene recognition, complex commands execution, and other stuff. There’s also the game box that is meant to provide an uninterrupted gaming experience.