Today, Apple CEO, Tim Cook announced big news concerning the company’s revenue outlook. He said the revenue forecast and gross margin expectations for the first fiscal quarter of 2019 are downgrading, mainly due to supply constraints and some emerging market weakness.

In this announcement for investors, Apple pointed out that in the first quarter of FY 2019 (ending on December 29, 2018), the revenue was $84 billion, down from earlier estimates of $89-930 billion given 60 days ago. The gross profit margin for the first quarter is expected to be 38%, which is the lower border of the official guidance of 38%-38.5%. 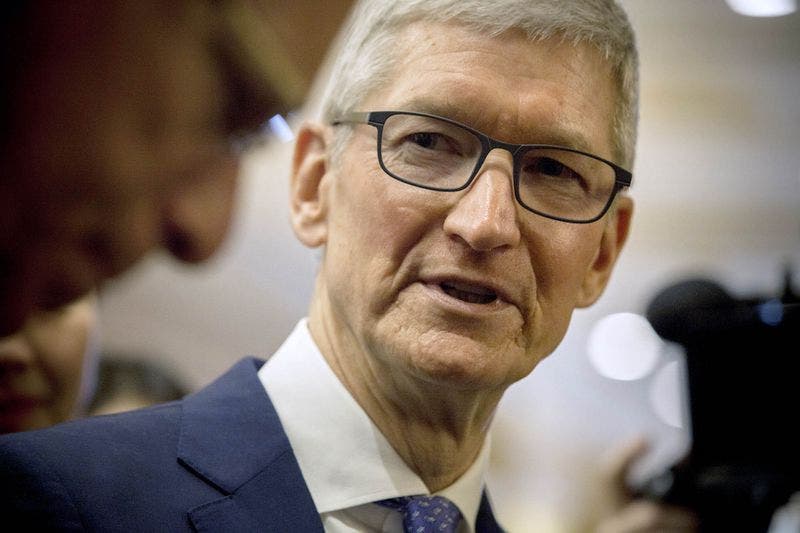 Apple’s new announcement shows that the company’s performance is not good. A year ago, the sales were $88.3 billion. So the new forecast means Apple is reporting a holiday quarter slowdown for the first time since Cook became CEO in 2011. Moreover, Apple shares fell 10%, the biggest intraday drop in more than three years.

We still will get an official quarterly report from the Cupertino-based company, but this letter from Cook to investors indicates the company has real difficulties with selling the latest iPhones released in September. As you know, the flagship product earns Apple about two-thirds of its revenue and allows the company to generate more money from attached products like Apple Watches, AirPods, and services like Apple Music.

Earlier, it was believed that the new iPhones were not selling well. Especially, its sales were poor in the Chinese market. In fact, before this, we have heard for a few times that the new iPhone sales slowed down, Apple was blindly optimistic, and the order quantity was too much, which led them to cut orders many times.

Apple has already warned that it will not announce the sales of the iPhone in the future. But as said above, the Apple revenue is very dependent on the iPhone. So there is only one possibility of a decline in revenue, that is, the iPhone is not selling well.

However, Cook explains it in his own way, saying the new iPhone models were released earlier than the flagship iPhone X last year, which created a difficult year-over-year comparison. The iPhone X launched in November 2017, while the iPhone XS and XS Max were released in September.https://www.bloomberg.com/news/articles/2019-01-02/apple-cut-first-quarter-sales-forecast-on-weak-iphone-sales