Think the Huawei Mate 20 Pro or the P20 Pro is the craziest Huawei smartphones? Something crazier could be on the way. While news about HMD Global launching a smartphone with a Penta-camera set up has been in the headlines for a while now, its Chinse rival Huawei may be towing the same path of developing a device with 5 rear cameras.

The hint comes via a patent application filed by Huawei with the China National Intellectual Property Administration. The patent seeks to protect a smartphone case with a larger than normal cutout that could house up to 5 rear camera sensors and a LED flash.

The protective smartphone case seen below obviously belongs to an unannounced Huawei phone. And evidently, it has a cutout at the upper half comparatively larger than that of the Mate 20 Pro which had only triple camera setup. The patented protective phone casing suggest the alleged Huawei it is meant for could be coming with a Penta-camera rear camera in a rectangular arrangement, different from that of the long-rumored Nokia 9 with a similar Penta-camera arrangement in a circular manner.

No concrete evidence to back up the Huawei mate 30 Pro claim anyway, however, whatever device the case is meant could end up coming with an under-display fingerprint sensor, as there is no visible cutout for a rear fingerprint scanner since a front facing scanner has since been retired. 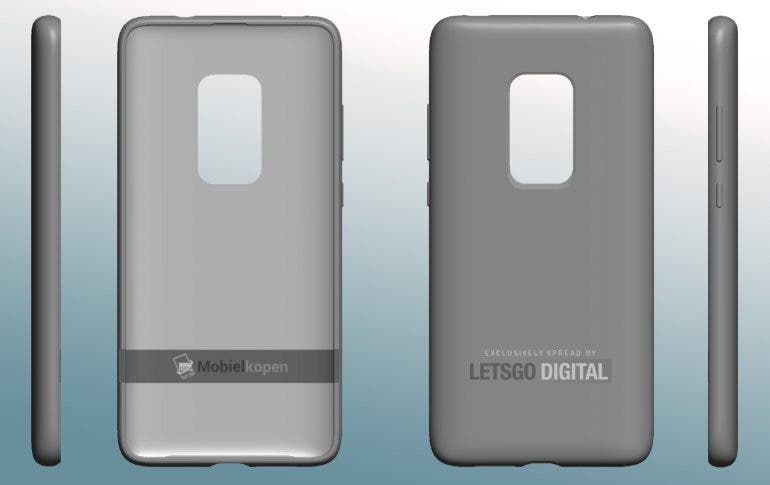 We’d also expect to see some interesting revelations about the just patented case in the coming months.