Ulefone recently released their new rugged piece Ulefone Armor X2 and this time the phone is heading to the entry-level rugged segment with a very affordable price. And because Ulefone consider the rugged market to be their playground they are not afraid to compare directly with some of the competitors. So today they will be taking head-on the CUBOT KingKong.

Both phones have the basic spec line including the MT6580 quad-core processor, 2 GB RAM, 16 GB of internal storage and 8MP selfie cam, but that’s where the similarities end. Armor X2 has bigger 5,5-inch HD 18:9 screen compared to KingKong’s 5-inch HD 16:9, same for dual 13MP+5MP rear cameras against a single 13MP, the 5500 mAh big battery against 4400 mAh one or the Android 8.1 system instead of the Android 7.0. Armor X also has the upper hand with extra rear fingeprint scanner, NFC chip and PTT button. 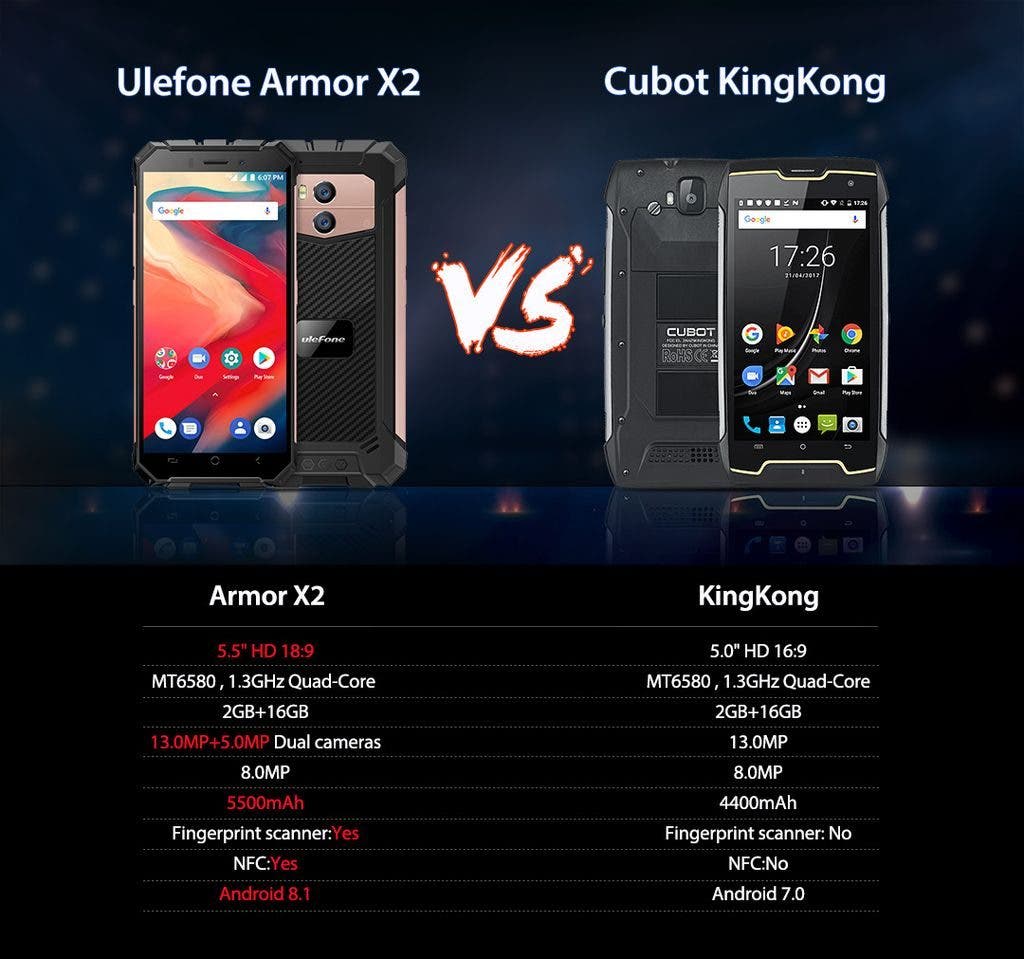 The main comparison will always be the price and while the Ulefone Armor X2 is marginally more expensive at $99.99 compared to CUBOT KingKong for $95.66, it offers better specs and features to make it worth it. So if you are already convinced about the winner in the entry-level rugged category, then you can head directly to get one on Aliexpress or check it first in detail on the official website.