Today, Taiwanese manufacturer, HTC, released its latest December 2018 report, as well as the 2018 annual report. It can be said that there were not many surprises.  According to the report, HTC’s revenue for December last year was NT$1.35 billion ($44 million), and its accumulated revenue for the year was NT$23.74 billion ($769 million). By comparison, HTC’s monthly income in December last year showed an 8.24% month-on-month decline, with a year-on-year decline of 66.36%. This is the seventh consecutive year of HTC’s decline in revenue. 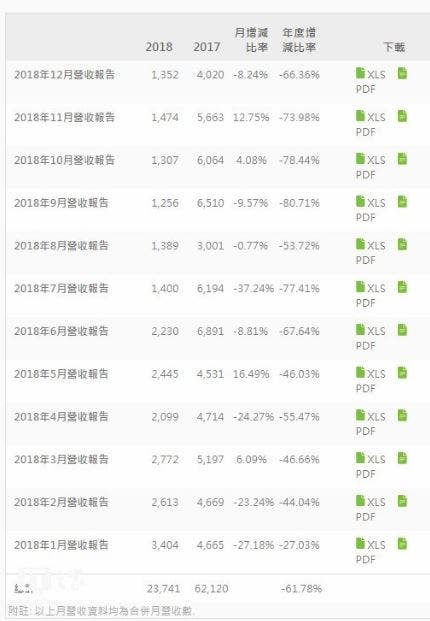 On December 24th, HTC Tmall’s official flagship store once removed all smartphone models in the store. This caused speculation regarding the survival of this brand but the company said that it was only an adjustment of the store operation. An HTC official claimed that HTC will continue to sell its products and we should expect some new smartphones from the company in 2019. It now appears that HTC has lost touch with the smartphone manufacturing industry and it cannot keep up with the competition in the market. If the company continues to follow this trend, it is definitely heading for bankruptcy.