Recently, a court in Munich, Germany, ban the sales of some disputed iPhones in a case between Qualcomm and Apple. After Qualcomm fulfilled the €1.34 billion euros guaranteed bonds, Apple also fulfilled its commitment to the Munich court and removed the iPhone 7/8 series from its official website. Presently, customers can no longer buy iPhone 7/7 Plus/8/8 Plus from Apple’s official German website. At the same time, Apple’s 15 direct stores in Germany no longer provide sales services for the above four mobile phones. 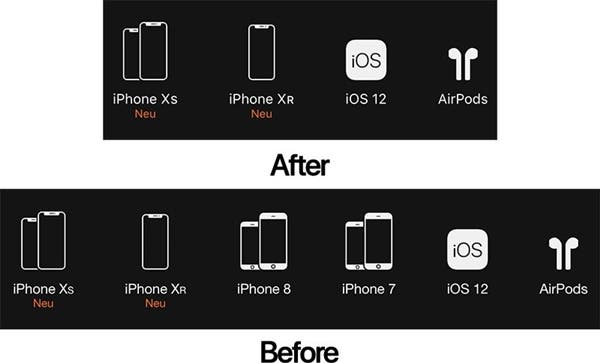 However, Apple’s new smartphones, iPhone XS, XS Max, and XR, are not affected. In this regard, Qualcomm stressed that the court is asking Apple to stop related mobile phone sales in all three channels, but there are still a large number of dealers who have not complied. In an external statement, Apple stressed that Qualcomm’s move is to distract and divert attention but they will continue to appeal the decision. Although the license of Qualcomm’s $9 billion license was not paid, Apple seems to be at a disadvantage after China and Germany have issued bans on the iPhone’s. Today, the FTC will hold an anti-monopoly lawsuit against Qualcomm’s patent-licensed business model, and the outcome of this lawsuit will play a crucial role in whether Apple can reverse the situation.