A few days ago, DxOMark released a recap of its 2018 work which shows the smartphones that it reviewed and the performance of these devices over the past year. DxOMark said that in 2018, a total of 31 mobile devices were evaluated, covering entry-level, mid-range and flagship smartphones. According to DxOMark, each device complies with the rigorous measurement process of DxOMark Mobile Lab. It said 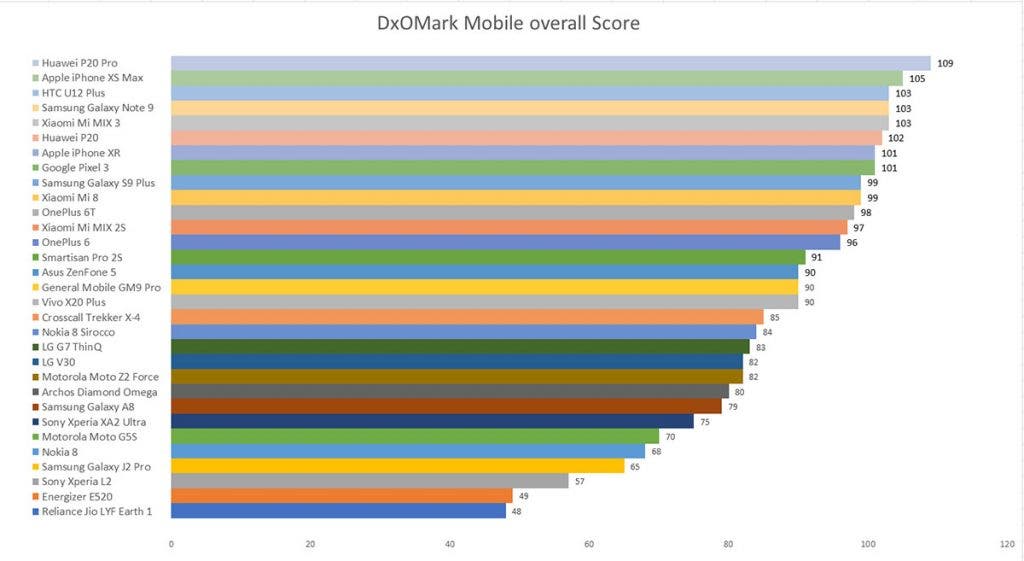 “The test results are impressive. The mobile phone image score exceeded 100 points for the first time. The 2018 year is the year of multi-lens mobile phones and at present, the DxOMark winner, Huawei P20 Pro, is equipped with three rear-mounted lenses for the first time, with a comprehensive score of 109 points. Other devices also used multi-lens design, including iPhone XS Max, Samsung Galaxy Note 9, and so on.” In the video category, single lensed Google Pixel 3 is top of the pile with 98 points although its joint first with Huawei P20 Pro also on 98 points. 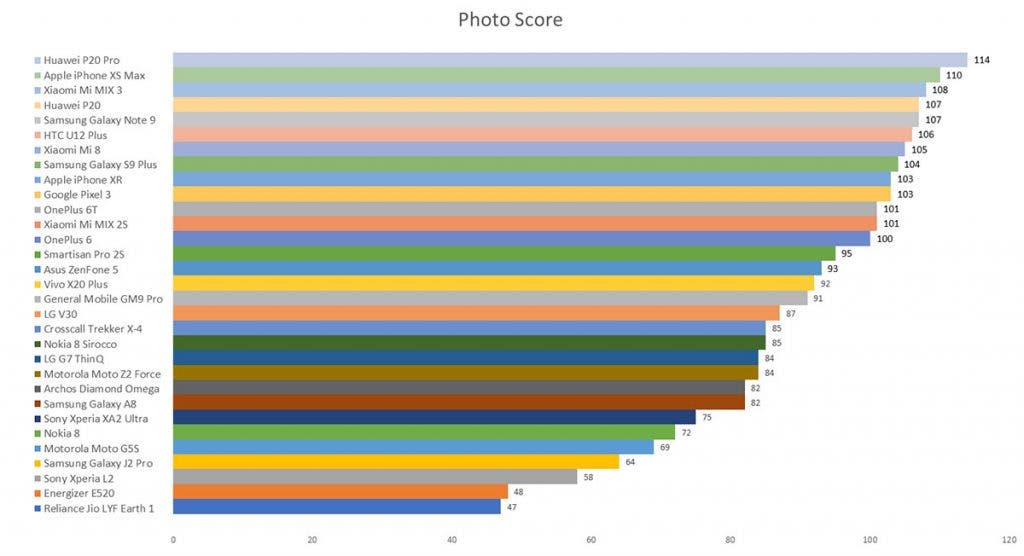 DxOMark also mentioned that Google Pixel 2 (ranked #1 in 2017) successor Google Pixel 3 and Apple’s iPhone XR are the top two single-lens phones of the year. In most cases, both phones are excellent. However, it’s clear that multi-lens phones are the best choice, especially for better zoom and bokeh simulation performance. 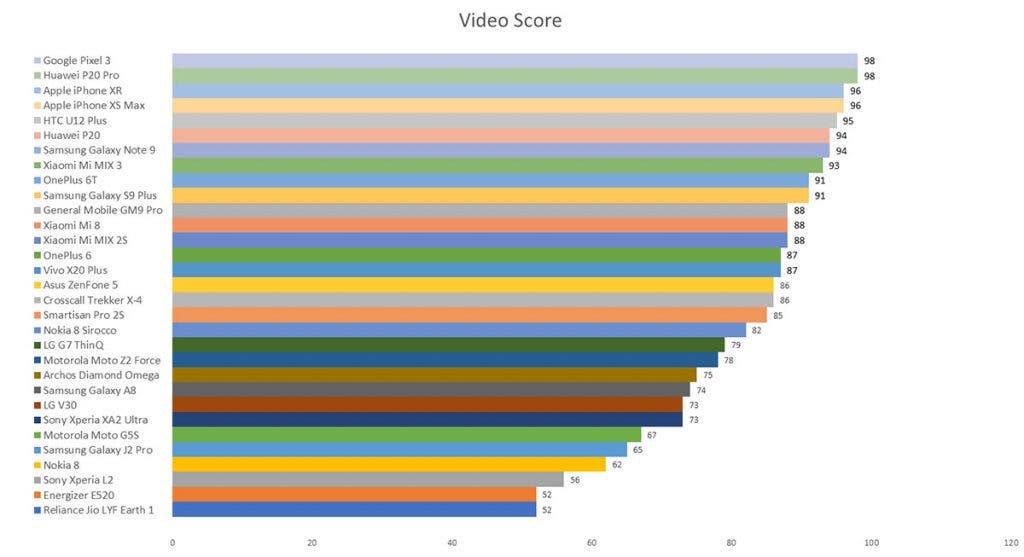 DxOMark said that 2018 was a very busy year for its test team. Due to the temporary lack of testing capabilities due to relocation to new locations, the number of devices tested in 2018 was less than expected, especially for lenses and cameras. As new equipment is now running at full speed, it is expected that there will be higher yields in the new year. In the future, DxOMark will continue to test lenses, cameras and smartphone cameras.

Next The mini Palm Phone running Android is now available in Hong Kong, priced around $380