While budget Chromebooks usually come at very affordable price points they don’t tend to perform very well with Intel’s dates CPUs. At CES 2019, it seems AMD-powered Chromebooks have been released by HP. Acer is the other OEM that has also released the Chromebook 315 – its first AMD-powered Chromebook. Up till now, manufacturers have opted for either Intel’s woefully underpowered Atom processors or MediaTek’s offerings. AMD’s entry should spark things up a bit. 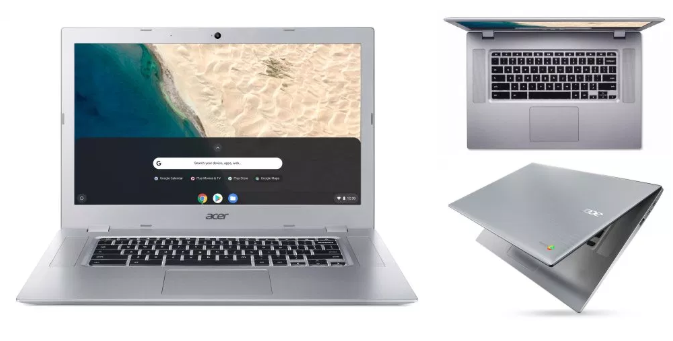 The Acer Chromebook 315 has a huge 15.6-inch display and has RAM starting from 4GB up to 8GB. There are options of touch and a non-touch Full-HD display to choose from. In terms of processing power, the Chromebook 315 can rock either the 7th Generation AMD A6-9220C or A4-9120C processors with Radeon graphics depending upon the model you choose.

Battery life is around 10 hours and there are upward-facing speakers on either side of the keyboard and an HD webcam on top of the screen. Acer Chromebook 315 also boasts a backlit keyboard. In terms of connectivity, the laptop has USB Type-C 3.1 Gen 1 port on each side of the device, while two USB 3.0 ports are also offered.

The Acer Chromebook 315 looks promising at a price of $279. It will be launching in North America in February while the EU will get it in April.

Previous HP Chromebook 14 is world's first to come with AMD CPU, release this month for $269