Chinese manufacturing giant, Xiaomi, has announced that its Redmi lineup which was originally designed for its mid-range and entry-level device is going independent and the official announcement will be made on the 10th of January. This independence means that the Redmi sub-brand can now develop and release flagship smartphones and the company is already working on one to be released on January 10.

Today, Redmi released a video of the new flagship Redmi smartphone which happens to be the very first Xiaomi device to use a waterdrop display. The video emphasizes the rugged nature of this smartphone and if what we have seen in this video is not a gimmick, we’ve got one hell of a smartphone on the way. In the video, a working version of this flagship device was shown. This phone was dropped on the ground and seven matured men walked-on, jumped-on and even smashed their feet on the phone. After the entire exercise, there was no scratch neither was the device dented.

This shows that Xiaomi has been able to produce a rugged smartphone with a premium appearance. Although this smartphone is called a flagship device, it may be powered by a Snapdragon mid-range chip – SD675. It comes with a 6.3-inch display with a rear fingerprint sensor. It has a gradient colour design and we can clearly see its dual rear camera setup. From the rumors so far, this smartphone will use a 48MP main camera on the rear, 3900mAh which is acceptable and will be available in red, blue and black colours.

A few days ago, Lei Jun hinted that this smartphone will be priced below 2,999 Yuan ($438) which is quite expensive. If the company needs the new Redmi brand to create a good first impression, it better reduces that price much more. Lei Jun had also hinted the possibility of an 18W fast charge and he confirmed that this device will come with a USB Type-C as well as a 3.5mm headphone jack. 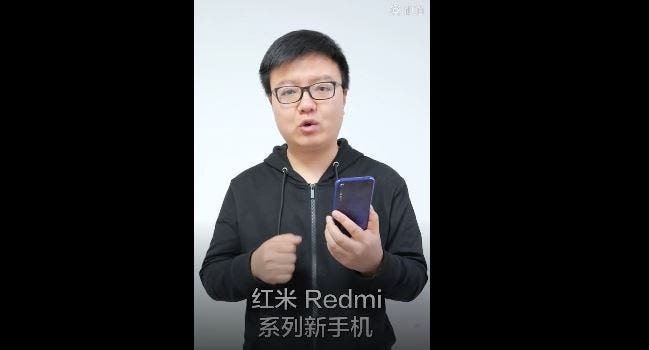