Back at last 2018’s CES, TCL did promise that all future Alcatel phones would feature Full View displays with 18:9 aspect ratios and now, the company appears to have delivered on its promise. Today at the 2019 CES, Alcatel did refresh its Alcatel 1 Series smartphones with the unveiling of two entry-level devices: the Alcatel 1X (2019) and Alcatel 1C (2019).

Both devices feature some modern features for a low price, though none of these will blow you away, suffice to say both devices are meant for users in need of a basic phone for about one-tenth of some flagship devices from Samsung, LG, and Google.
While both phones are targeted at the similar market segment, the Alcatel 1X is the most sophisticated of the duo as it is slimmer, lighter and comes with some more advanced internals. Much like some other smartphones with a higher price tag, the Alcatel 1X features the 18:9 ratio with thin bezels, and a no-slip backing that feels textured in the hand.
On the flip side, the device gets a dual rear camera setup, and a fingerprint sensor, though there is a variant without the fingerprint scanner. It has a 5.5” screen with a 720p+ IPS panel and is guarded by 2.5D Dragontrail glass, while it is powered by the MediaTek MT6739 (quad Cortex-A53) with 2GB RAM. Other details include a 3,000mAh, a 3MP main module joined by a 2MP depth sensor. 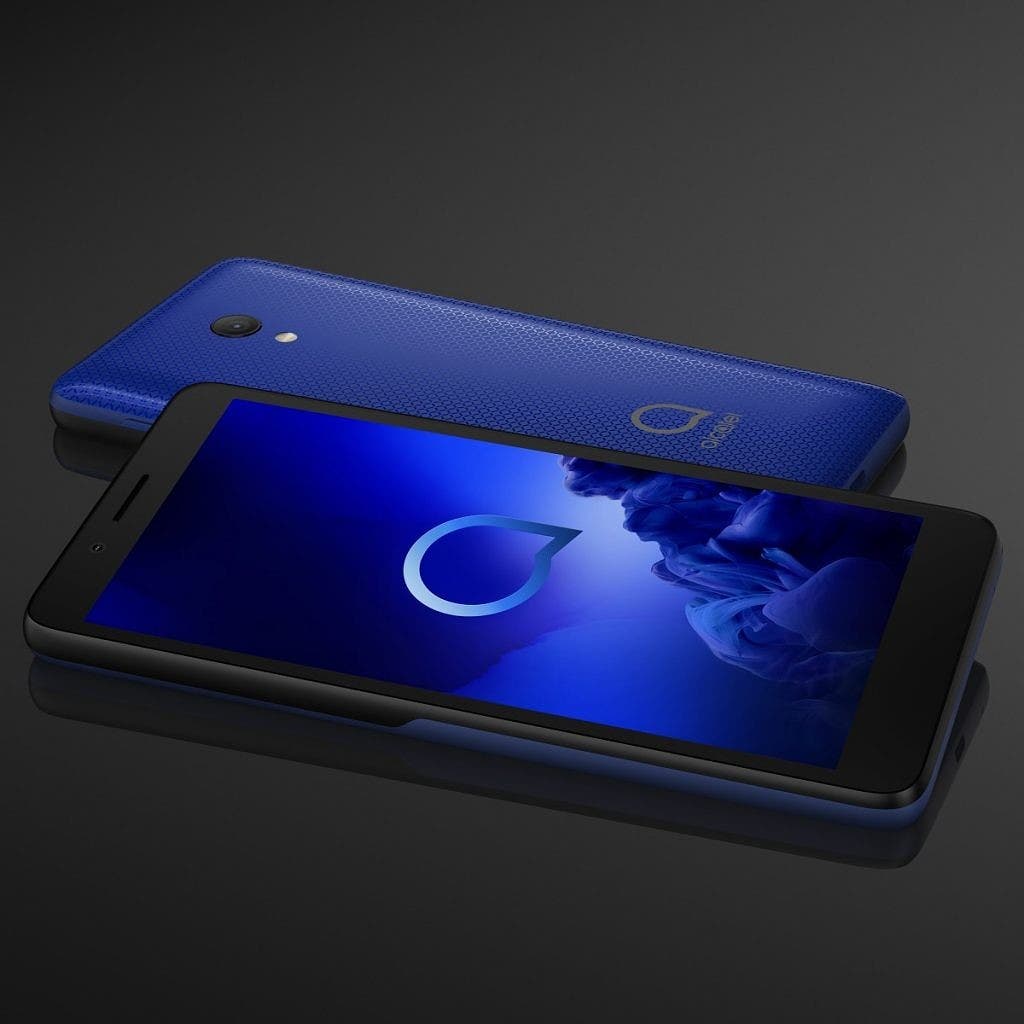 Priced way below the IX, the Alcatel 1C is comparatively thicker and chunky, with wide bezels around a dull, low-resolution screen. It features a  5” 18:9 screen (480 x 960px) display with 1GB of RAM and the Spreadtrum SC7731E chipset under the hood. It lacks the fingerprint sensor, features a single rear-facing camera and a single front-facing camera. The IC boots  Android Oreo (Go Edition) out of the box and is available in Volcano Black and Enamel Blue color options.
The Alcatel 1X will retail for $120/€120, while the IC will go for €70.