A large number of the South Korean Firm – Samsung that has been kept in suspense can finally have a sigh of relief. The company is now sending out invites to its 2019 Galaxy Unpacked event slated for February 20  in San Francisco, United States where it is expected to unveil the Galaxy s10.

Though the invite reportedly sent to Gsmarena didn’t give much away, it is clearly adorned with the Number 10, as well as clearly curved edges of two phones. The invite also says the event would be on live streamed via Samsung’s website. 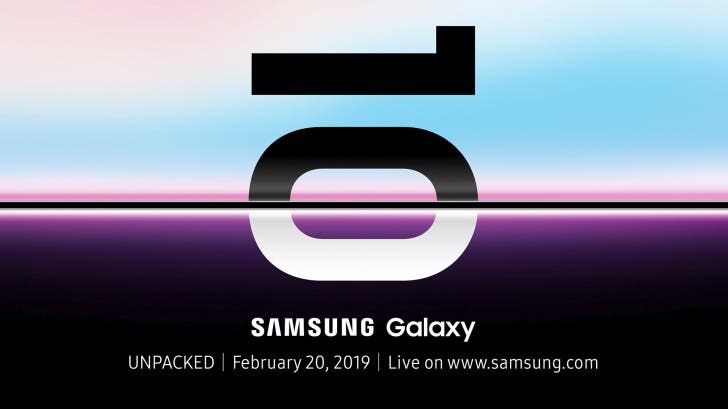 Launch date aside, it is now almost certain that the Galaxy S10 will arrive in several variants including the flat-screened Galaxy S10 E, vanilla Galaxy S10 with a bigger curved screen and UD fingerprint scanner and the most premium Galaxy S10 Plus. In addition to these variants, Wall Street reported earlier today that the Korean giant will also show off a “fully functional” version of its long-in-development foldable phone, as well as a 5G model of the Galaxy S10 which will launch later in the year.

We still have a long window between now and the launch date, so there is still room for leaks, rumors, and speculations.