Late last year,  Huawei had announced that they were planning on releasing the EMUI 9.0 update for 9 smartphones including Huawei P20 and P20 Pro. The company did actually rolled out the update to users of the Huawei P20, AND p20 Pro, and is also now rolling out to a couple of smartphones under the radar of its Honor sub-brand.

The company claims that devices with the latest EMUI 9.0 are a tad faster and smoother with up to 12.9 percent increase in system operation. 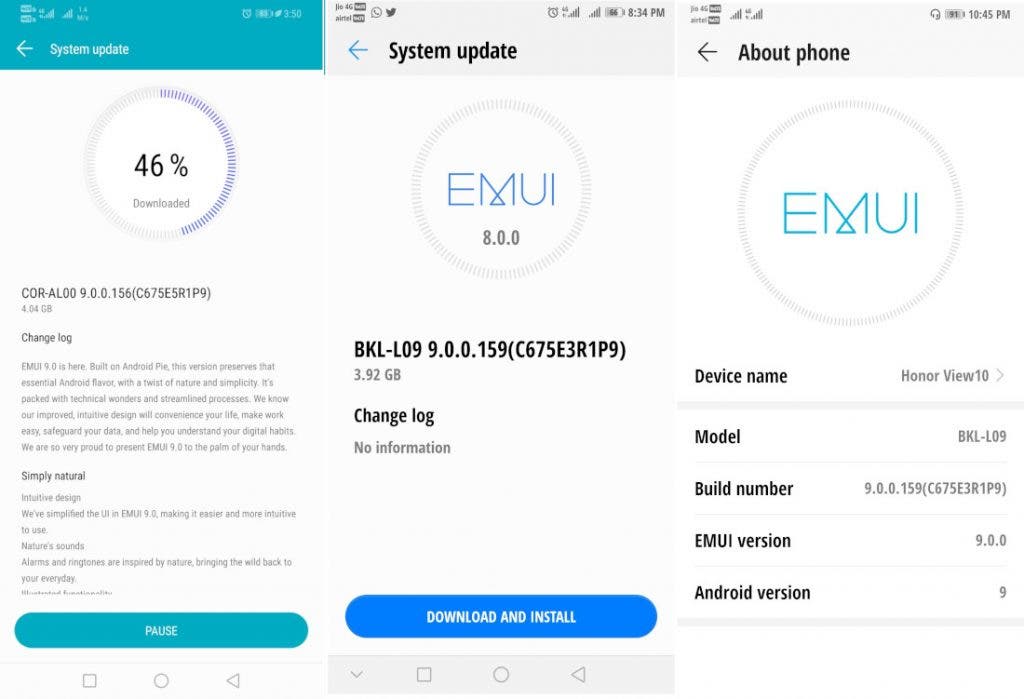 The update brings with it several features including the full-screen gestures, a new UI, GPU Turbo 2.0, Translation, AI Shopping, HiVision visual search, Password Vault, Wireless Sharing, Digital Balance dashboard, and much more. It weighs in at about 4GB and is tipped to improve the user experience in security, AI-driven smart life features, device management and usability.