Huawei EMUI officially announced on Weibo that nine models will receive the EMUI 9.0 update on November 10th. For the upgrade path, go to “Member Service” App – “Service” – “Upgrade Early Adoption”. Well, before you get excited, the list below shows the nine compatible models

It is reported that the EMUI 9.0 system is based on the new Android 9 Pie depth customization. It has smooth a performance and can predict users usability to aid the faster launch of apps and other features. If a user has a certain routine on the phone such as “launch Facebook app” before “launch Google Chrome”, the system learns that routine. Thus after launching the Facebook app, the system automatically gets Google Chrome ready so that it will take a split second for the Chrome app to launch when you click on it. 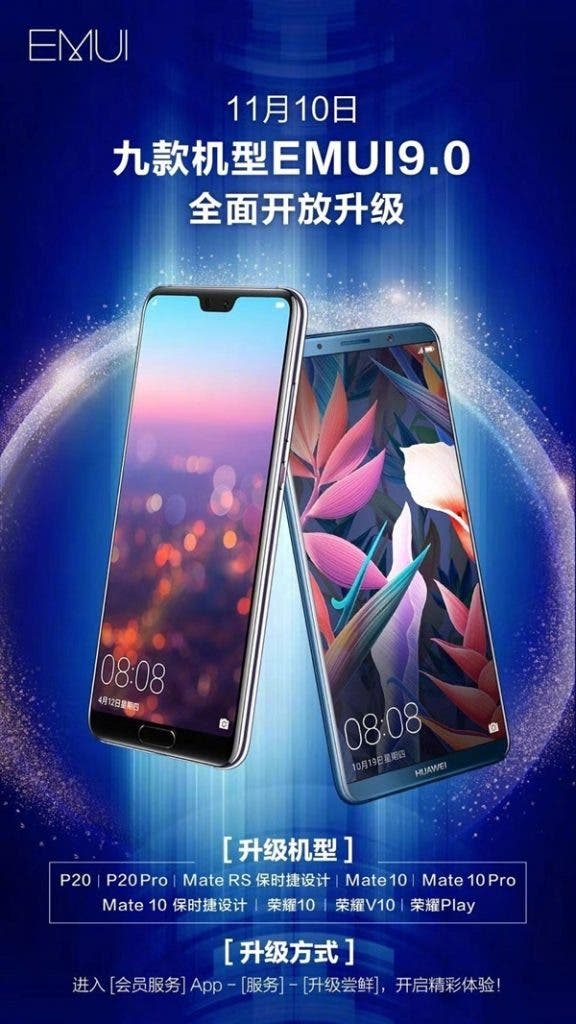 According to the official introduction, the Huawei Mate 20 with EMUI 9.0 pre-installed has a 51% faster response time than the Mate 10 (EMUI 8.0). The system application startup time is reduced by up to 51%, and the smoothness during use is increased by 42%. EMUI 9.0 system also brings the computer mode version 2.0, through Miracast to achieve a wireless heterogeneous projection, one-click screen capture, highlight, cut large screen, etc., It also brings HuaweiShare for fast file sharing experience. Please note this release time is probably for Chinese ROM, therefore, don’t get too excited.

Previous The US spends much more on R&D than China

Next Samsung W2019 clamshell to officially debut on November 9