According to recent reports, Samsung is gearing up to reveal a new Android tablet. We all know that tablets aren’t the hottest devices in the Android’s side of the coin. While Apple iPads are shining in the segment thanks to the recently released iPadOS, Android still lacks presence in the tablet segment. Don’t get me wrong, there are a ton of tablets running Android, however, this isn’t the most notable segment where Android is present. That said, we can say that Samsung is one of these companies that still believes in this specific niche. To further establish its presence, the Korean firm is preparing to reveal a new mid-range slate with the Galaxy Tab A4 S moniker.

A device bearing the SM-T307U model number has been spotted in the Bluetooth SIG database. The listing clearly states that the referred device is Samsung’s upcoming Galaxy Tab A4 S which is set to go official soon. As you may expect from a Bluetooth certification, it doesn’t reveal much about the specifications but confirms Bluetooth 5.0 standard. 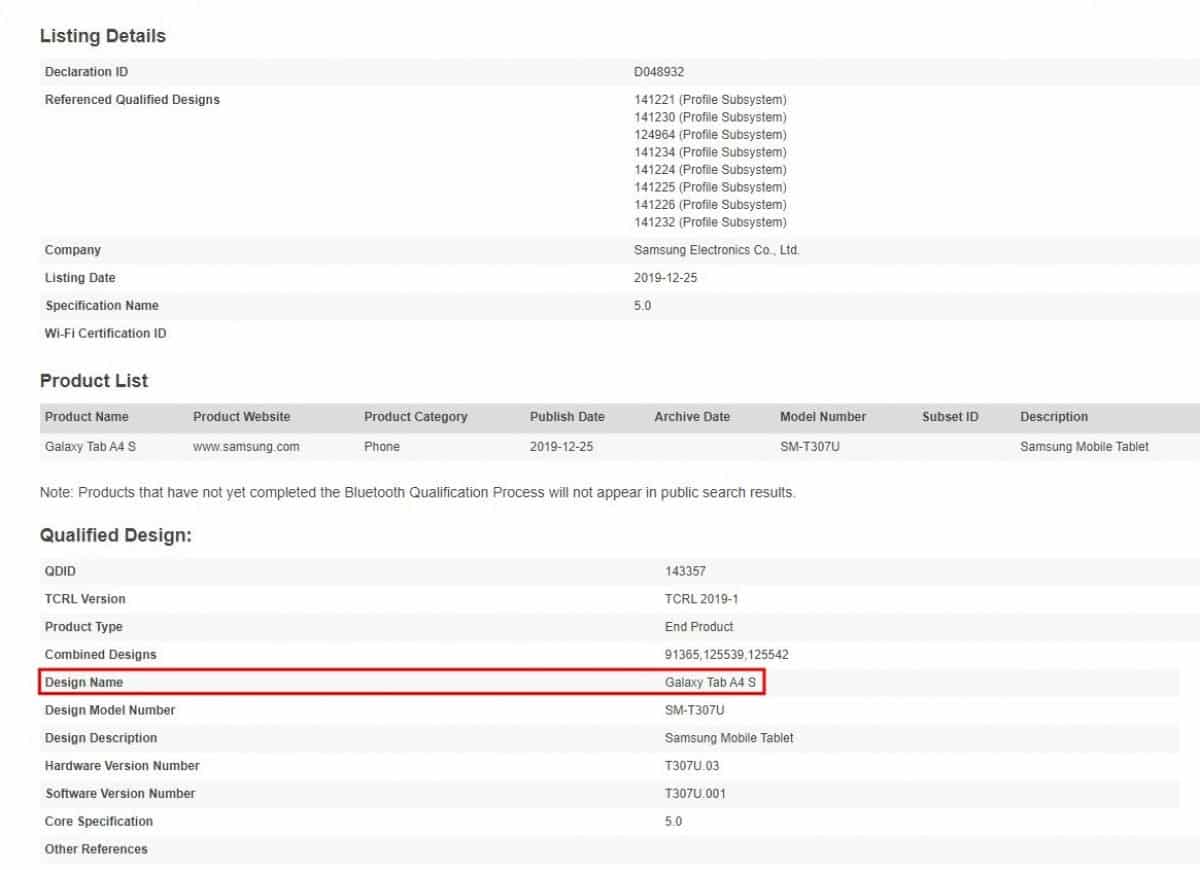 The same device appeared at Wi-Fi Alliance Database a few days ago. Thanks to it we learned that it will boast dual-band Wi-Fi. Moreover, the Tab A4 S will boast 32GB of Onboard Storage. We don’t expect less than 3GB of RAM, however, 4GB of RAM would be greatly appreciated in this device. After all, it would provide extensive power for multi-tasking. Unfortunately, the new tablet will come with an outdated Android 9 Pie version. Rumors also indicate that it will come with an 8-inch display and cellular connectivity.

Apparently, the Galaxy Tab A4 S will be another of Samsung’s revelations during CES 2020 which is just two weeks away.

Next Samsung Galaxy Note 9 gets the fifth Android 10 OneUI 2.0 beta