Indications emerged yesterday that Oppo may be on the verge of releasing a smartphone with wireless charging ability. Now a new device that might be its first device with the wireless charging capability has surfaced on the Geekbench database.

Codenamed the OPPO POSEIDON, the mysterious device returned 3810 Single-Core Score and 10963  multi-Core Score both of which suggest the device will fit into the flagship premium segment. 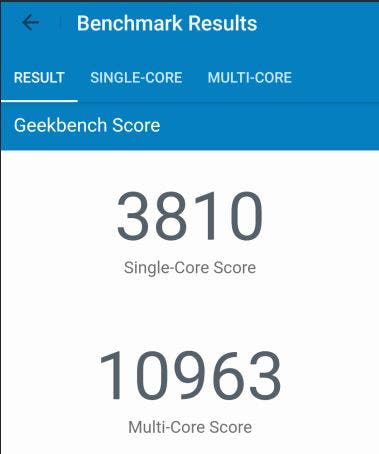 The Geekbench listing has it that the OPPO POSEIDON will boot Android 9.0 pie at the time of launch, while it will house the Qualcomm Snapdragon 855 SoC with unknown RAM size under the hood. Nothing else is revealed about the smartphone at the moment, but there are speculations it could be the OPPO R19 or just maybe the OPPO FIND X2. No pictures of the device in question have been leaked, we, however, expect some additional details to pop up in the coming day, especially as we approach the 2019 MWC.