After months of speculation, whispers, and leaks, Samsung finally announced February 20 for its 2019 Galaxy unpacked event in Sans Francisco where it is expected to announce the 10th anniversary Galaxy S10. Ahead of the event, Samsung has started drumming up support for the upcoming device, and in the process of doing so, the Korean firm has dropped a subtle hint that suggests the long-rumored Foldable phone might launch alongside the S10. 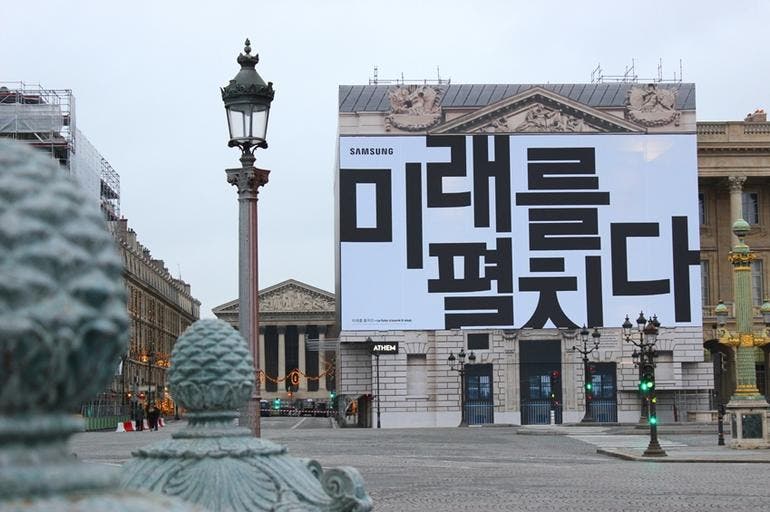 The hint is contained in an outdoor ad erected by the company in Paris. The ad which is erected in one of the major public squares in Paris – Place de la Concorde makes it certain the Galaxy FOLDABLE PHONE will launch alongside the Galaxy S10.  Written in Korean with minimal, black-and-white, bold font, the AD translates to “unfolding the future” and “February 20.” 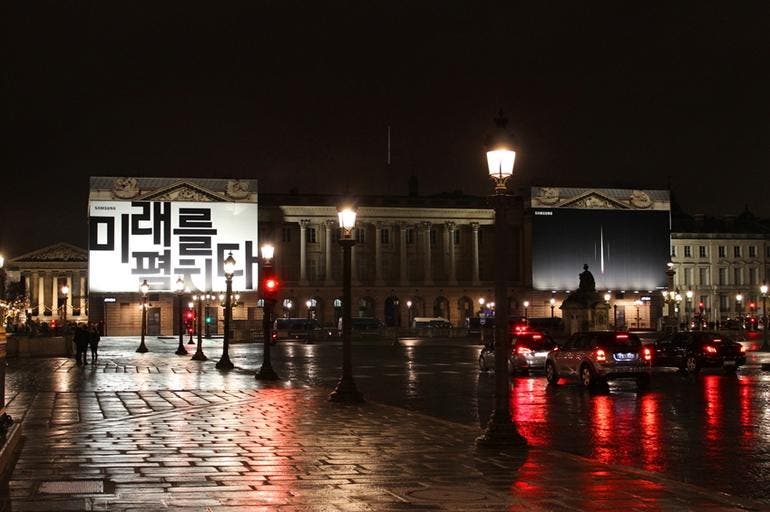 The unfolding the future slogan is Samsungs way of promoting its innovative foldable phone tech, what is less clear however is whether Samsung will name the foldable phone Samsung Galaxy X, Galaxy Flex or Galaxy F. While the whole specs sheet are still under the wrap, reports have it that the device will not only have dual-screens, but also a triple rear camera, 12 GB of RAM, and a Snapdragon 855 processor.