Samsung will hold its 19th annual product launch on February 21st where it is expected to release its annual flagship series, Galaxy S10 series. In continuation of its usual large-screen dual flagship strategy, the Samsung Galaxy S10 Plus will have the largest display. Today, the first ever real live image of this smartphone appeared online showing its punch-hole dual front camera. Recently, the running score of the Samsung Galaxy S10 Plus has appeared on Geekbench and its results were consistent with a smartphone powered by the new Snapdragon 855 SoC. 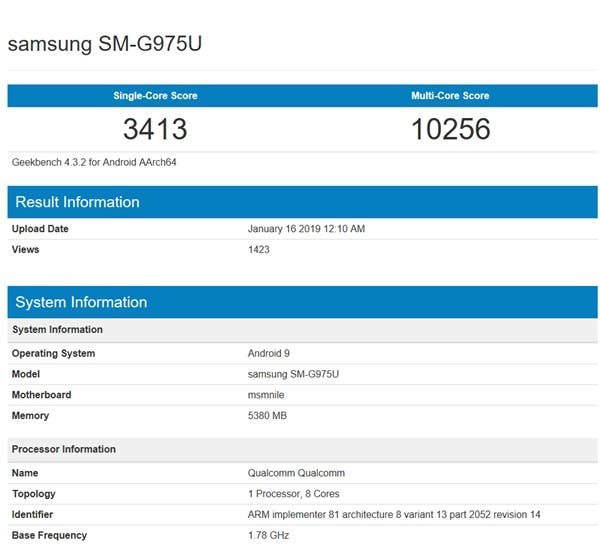 According to the Geekbench database, the chip identification code “msmnile” and the 8-core, 1.78 GHz frequency suggests that this smartphone uses Qualcomm’s latest mobile platform, Snapdragon 855. In addition, it comes with 6GB of RAM and runs on Android 9 Pie system. In terms of running points, the Geekbench database showed a single-core score of 3413 points and a multi-core score of 10256 points. These scores are consistent with the Snapdragon 855. 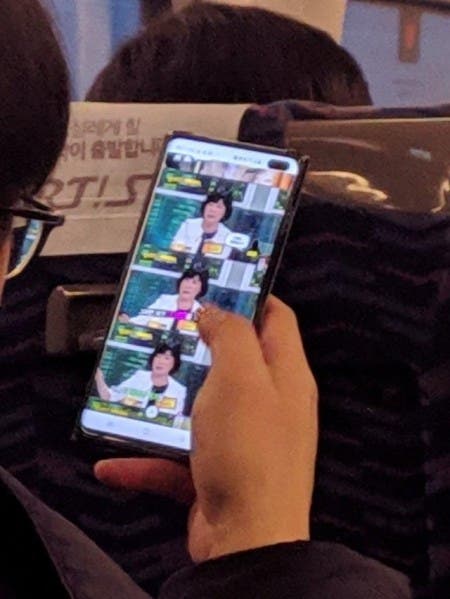 From previous speculations, the Samsung Galaxy S10 Plus is expected to use the Infinity-O screen without a notch and with an on-screen ultrasonic fingerprint sensor.