The Nokia 3.1 Plus was released back in October, while Android 9 Pie was already available, it came with Android 8.1 Oreo. Despite this HMD Global promised to update the device to the most recent version, and since then, users were wondering when the latest flavor would, in fact, reach the low-end smartphone.

Today a new glimpse of light came for the owners of the device that are eagerly waiting for the update. The folks at Nashville Chatter spotted a new benchmark on GeekBench indicating that the update is imminent. The test refers to “HMD Global Nokia 3.1 Plus” and despite all the points and specs that we already know, this particular handset is running an Android 9.0 release. 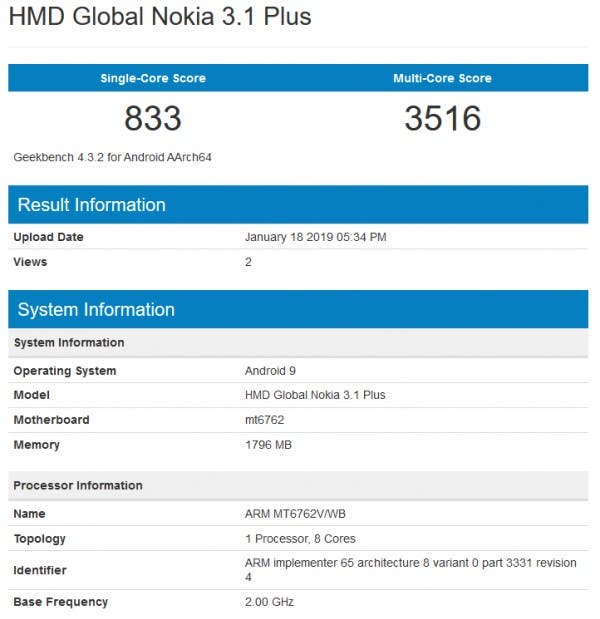 The benchmark actually runs a total of three times within two hours or so and each run has comparable scores to the last. The Nokia 3.1 Plus is a low-end device powered by the cost-efficient Helio P22 chipset with either 2GB or 3GB of RAM. The handset comes in two storage variants with 16GB or 32GB and is fueled by a generous 3,500mAh battery.

The new update will be another achievement for HMD Global, that is building a solid reputation for not prioritizing its flagships, but its entire line of handsets by providing timely updates and new Android flavors.

Next Huawei Mate 20 Pro vs P20 Pro: Which has better cameras?